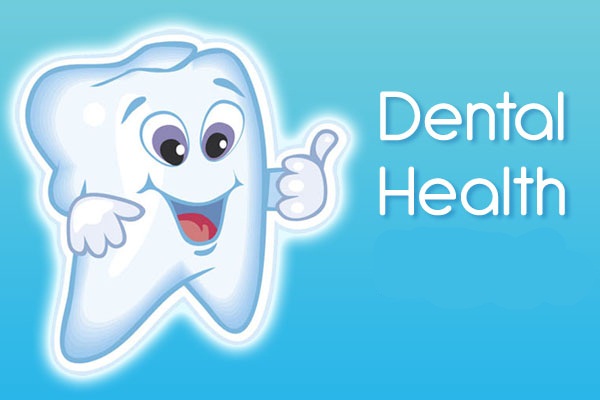 A beautiful smile is a gift endowed by nature that one must always cherish. But are you afraid that your smile will no longer draw the desired attention it once gained?

Here’s how to improve your overall teeth health.

In case you lose a whole tooth:

Science has made it possible to re-fix your tooth, the only thing expected of you is to save it the proper way. You can hold it back at the same place till you get immediate medical help or you can preserve it by wrapping it in a plastic pouch. Another way to save it is by keeping it immersed in milk while you rush to your dentist.

Who doesn’t want a sparking set of teeth! If daily brushing doesn’t do the trick then feel free to try any of these tips.

Apart from the above mentioned tips one must make sure not to indulge in drinking any dark coloured colas as they contain chromogens and acids which are the major culprits for your teeth stains.

To soothe your sore throat:

Hence the question arises, why to brush if saliva is enough?

Our mouth produces least amount of saliva at night, therefore, if something sticks to your teeth during dinner and you go off to sleep without brushing then it comes under germ attack. And if you make it a habit of not brushing your teeth at night due to laziness (known to be the famous reason world-wide) then with the passing of time, it will lead to yellowing of the teeth, stains and plaque build-up.
By the time you brush your teeth in the morning, the germ attack might already have had ruined your breath and teeth health.

While shopping for a mouthwash, one must make sure it’s alcohol-free. Too much alcohol content in the mouthwash can backfire by drying out the saliva producing glands and tissues in your mouth leading to bacteria production.

To clean your tongue the best way:

Your tongue is a host for plaque causing bacteria, therefore it is imperative to clean your tongue on a daily basis.

People usually prefer cleaning their tongue with a toothbrush. Though it is the most preferred way, one should be cautious enough not to brush too hard as it can damage the taste buds.

It’s better to choose your tongue cleaners carefully. A tongue scrapper or a brush specifically designed to clean the tongue is a far better option than a regular toothbrush!

Therefore, rinse your mouth immediately after eating an apple, or drink some water. 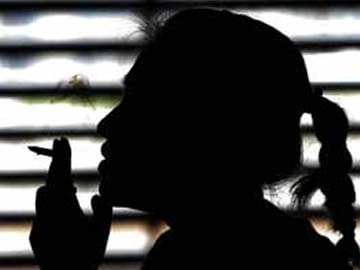 Taking good care of your teeth is a good way to avoid toothaches, expensive trips to the dentist and tooth loss.

But poor oral hygiene, health and care can affect the health of your whole body. For some, it has caused oral cancers and others, bad breath. Sarah Nassozi’s journey through tooth decay is a tale to tell. Over the years, two premolars on her left side of the mouth became brown and their enamels (hard outer layer of the teeth) started chipping off.

Then once, while having dinner, food got stuck in a hole between her teeth, large enough for the tip of her tongue to reach. This was the beginning of her nightmare. Soon, her teeth hurt so bad that it brought her fever.

“I was hospitalized and could not eat anything for three days until my tooth was gouged out,” she recalls.

Nevertheless, the teeth trauma did not end at that. Two years after removing her first tooth as an adult, Nassozi, 26, is back at Mulago hospital’s dental unit, removing yet another decaying tooth. Although tooth decay or cavities are largely preventable, Dr Isaac Okullo, dean of the Makerere University school of Health Sciences, says they remain the most common chronic disease of those who present with tooth problems.

They are commonly among children aged six to 11 years and adolescents aged 12 to 19 years.

“When sugar sticks onto or between teeth, it holds bacteria which break down foods and produce acid that destroys tooth enamel. This causes tooth decay,” Okullo says.

He advises people not to eat sugary foods in between meals because it is unlikely that one will clean his or her mouth. Snacking should also be limited.

Additionally, excessive intake of soft and energy drinks such as sodas and red bull respectively should be avoided as these contain acids and artificial sugars which are harmful to the teeth.

Associated with the sugar and bacteria action on teeth, is gum disease. It occurs when the gums holding the teeth are affected by dental plaque: a colorless substance that sticks on the teeth which will hold bacteria and sugars to the teeth. Dr Okullo says if this plaque is left unchecked, it causes redness and inflammation of the gums. As a result of this irritation, the gums can begin to pull away from the teeth and the gaps which have been created become infected.

Also, some teeth end up being held by the gum around them which means that a small force and take the tooth out. Dr Louis Muwazi, a dental surgeon at Makerere University, says one is at risk of gum disease if he or she is a smoker, has diabetes, crooked teeth as they are harder to clean.

Muwazi says important signs and symptoms for one to look out for in regard to gum disease include gums that are red and tender, gums that have pulled away from your teeth, pus coming from between your teeth and gums and teeth which look longer than before, because of gum recession.

To avoid gum disease, Dr Muwazi advises people to brush their teeth at least twice a day (morning and when going to bed) using fluoride toothpaste in order to remove plaque. If the plaque is not eliminated, it can continue to build up, which will then feed on the food fragments left behind and can cause tooth decay and gum disease.

However, ‘over-brushing’ the teeth may cause gums to bleed.

“It is vital to change your toothbrush every two to three months or sooner if the filaments become worn. When the bristles become weak, they no longer clean properly and may even damage your gums,” Dr Muwazi notes.

While many parents remain ignorant about how much dental care their little ones need, a new study has found that babies, who are most susceptible to cavities in their early lives, are least likely taken care of even though they need it the most.

The study reveals that less than one per cent of healthy children receive dental care by the recommended age of 12 months and less than two per cent had seen a dentist by the age of 24 months.

Prolonged bottle use, especially at night, and sweetened drinks are suspected risk factors for cavities because the carbohydrates in the beverages promote the growth of the bacteria that causes cavities, said Jonathon Maguire, a paediatrician at St Michael’s Hospital in Canada.

The findings showed that of the 2,505 children around four years of age who were surveyed from 2011-13 for the study, 39 percent had never been to a dentist.

Maguire said that barriers to dental care for families with young children may include financial cost, access to transportation, school absence policies and a belief that dental health may not be important to overall well-being.

He said previous studies had shown that children who receive preventive dental care in the first year of life have less dental disease and are less likely to require restorative or emergency treatment and have lower dental-related health care costs – particularly among high-risk populations.

According to Dr.Maguire, cavities can cause not just pain in children but also contribute to feeding problems, poor nutritional status and behavioural problems.

The study appeared in the journal Pediatrics.