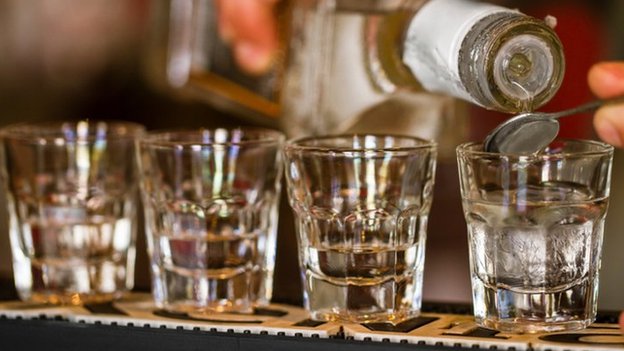 Rising costs and long waits for quality healthcare are pushing millions of people each year into medical tourism.

In the developed world, healthcare forms a significant part of a country’s economy. According to the U.S. Census Bureau, the annual revenue of that country’s industry in 2012 was roughly $1.688 trillion. World Bank figures show that public health expenditures in the European Union could jump to 14 percent of GDP in 2030, from 8 percent in 2000.

By traveling in search of quality at a lower price, medical tourists seek alternatives to their own countries’ healthcare offerings. Depending on the destination and treatment, a medical vacation can cost 50, 30 or even 10 percent of what patients would pay at home.

The number of wealthy Russians traveling abroad for treatment is making the trend especially noticeable.

“At the moment, there are roughly 200,000 Russians traveling for medical purposes each year, and they leave approximately $2.5 billion during their stays,” said Alexei Kamenev, president of the First All-Russian Association of Private Medical Practitioners, in his opening speech at last week’s Medical and Health Tourism Mart in Moscow.

The meeting is the first-ever direct sales platform set up in the global medical and health tourism industry.

Israel is Russian health tourists’ favorite destination, Kamenev said, with 50,000 traveling there in 2012 – doubling the amount in 2011 and contributing more than $1 billion to the country’s economy.

He outlined three main groups of people who seek medical treatment abroad. The first strand travels from countries with less developed healthcare systems to more developed ones, for example from Russia to Israel or Germany.

The second strand is citizens of countries with good but expensive healthcare going to places with high quality but more budget-friendly options, such as Americans traveling to Asia. The third strand looks for alternative medicine in locations such as Tibet because mainstream treatments have proven insufficient.

Countries that are just emerging onto Russian tourists’ radar were also present at the event, hoping to crack the Russian market – such as Spain.

Hungary is already popular for some Western European patients, especially for dentistry, plastic surgery and its world-famous thermal baths and spas, but Angelina Strizhkova, the director of the Prestige Haz hotel and spa in the western city of Heviz, lamented that it has little advertising on the Russian market.

“The doctors [in Heviz] are wonderful, they’re all highly skilled professionals and at the same time they charge much less than German or Austrian doctors, but, unfortunately, Hungary lacks advertising and marketing on the Russian market,” she said. “I’d like to see that situation change.”

Profits in the middle

The growing popularity, though, has given rise to several problems, Kamenev told The Moscow News – such as middlemen, who he said are making heavy profits off of Russian patients.

“I met with a very respectable Israeli doctor recently and asked him why the prices our patients are shown are so ridiculous,” Kamenev said. “He said to me, ‘Alexei, these prices are five times higher than what we charge!’ So where’s the money? The profiteers have it all.”

His organization is attempting to make the industry more transparent and consumer-oriented by creating a new international online platform called MedOkey, comprised of some of the most prominent doctors and clinics worldwide. It is set to start work at the end of the year.

A single flow of Russian patients through accredited international agents will help “remove all profiteering and non-medical components from the industry,” Kamenev said, by displaying comprehensive price lists, thus putting middlemen out of business.

MedOkey already has the backing of the World Health Organization and the World Medical Association. Kamenev has also been in negotiations with Israel to allow Russian citizens to use their public healthcare services, reaching agreement on a 10 percent quota that he believes will save thousands of lives.

Kamenev’s organization has also agreed with Israel on a deal whereby Russian doctors can visit on educational exchanges, to learn about advanced technologies that Russia does not yet have and eventually improve domestic care.

Approximately 90 percent of Russia’s top medical facilities and doctors are located in Moscow, where only 10 percent of the population lives. Russia’s experience with medical tourism, Kamenev believes, will allow it to try to apply international best practices at home.

A glimpse of this future comes from RZD Zdorovye, a subsidiary of state rail monopoly RZD, which has a chain of spas, medical resorts and sanatoriums throughout the country. The company’s Daria Sokolova and Dmitry Mishin said that many of its doctors have trained abroad, including in traditional Chinese medicine, and that its sanatoriums have attracted some patients from Western Europe and North America.

One benefit of domestic medical tourism is lower prices, because they include travel, accommodation and treatments, Mishin said. In Israel, for example, only consultation costs are included.

Even the lack of a language barrier brings the price down, and a cultural sympathy can make treatments more effective.

“Russian doctors understand the specifics of our mentality and our illnesses, so we treat what needs to be treated, avoiding losing things in translation,” Sokolova said.