Daily exercises to maintain good cardiovascular health also benefits brain, protecting us from cognitive impairment as we age, according to a promising study.

Our body’s arteries stiffen with age and the vessel hardening is believed to begin in the aorta – the main vessel coming out of the heart before reaching the brain.

“Indeed, the hardening may contribute to cognitive changes that occur during a similar time frame,” said lead researcher Claudine Gauthier from University of Montreal, Canada.

They found that older adults whose aortas were in a better condition and who had greater aerobic fitness performed better on a cognitive test.

“We think that the preservation of vessel elasticity may be one of the mechanisms that enables exercise to slow cognitive aging,” Gauthier added.

For the study, they worked with 31 young people between ages 18 and 30 and 54 older participants aged between 55 and 75.

This enabled the team to compare the older participants within their peer group and against the younger group who obviously have not begun the ageing processes in question. 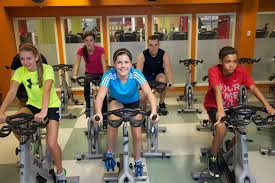 If teenage boys were asked to choose between exercising and playing computer games, the majority would choose computer games. But new research suggests adolescent boys should be more physically active, as low fitness levels may increase their risk of having a heart attack later in life.

This is according to a study published in the European Heart Journal.

A research team from Sweden, led by Prof. Peter Nordström, of Umeå University, analyzed data of 743,498 men. All men were a part of the Swedish armed forces between 1969 and 1984, and underwent a medical examination when they were 18-years-old.

It also measured their aerobic fitness through a cycle test. Cycling resistance was increased by 25 watts a minute until the participants’ were too exhausted to carry on. Their maximum wattage was used for the study.

The research team divided the participants’ results into five groups, ranging from the lowest levels of aerobic fitness to the highest.

All men were followed for an average of 34 years until either the date of death, the date of their first heart attack, or until January 1 2011.

During the follow-up period, there were 7,575 incidences of myocardial infarctions – the equivalent to approximately 1,222 heart attacks per 100,000 men.

The results also revealed that for every 15% increase in aerobic fitness, the men were 18% less likely to have a heart attack. This was after taking factors such as body mass index (BMI) and socioeconomic background into consideration.

Furthermore, the investigators found that men who carried out regular cardiovascular training in late adolescence reduced their risk of heart attack later in life by 35%.

Results dependent on BMI
To analyze how BMI and aerobic fitness combined had an impact on the participants’ risk of heart attack, the researchers separated the men into four groups in line with the World Health Organization’s definitions of BMI.

“Our findings suggest that high aerobic fitness in late adolescence may reduce the risk of heart attack later in life.

He notes that further research is needed to determine how these findings are clinically relevant, “but given the strong association that we have found,” he adds, “the low cost and easy accessibility of cardiovascular training, and the role of heart disease as a major cause of illness and death worldwide, these results are important with respect to public health.”