Skipping is one of the simplest, easiest and zero-cost workouts. It can be done anytime, anywhere even in the comfort and convenience of your home. Besides being an effective aerobic exercise it is fun too.So grab that rope and give it a shot. The following reasons are sure to motivate you: 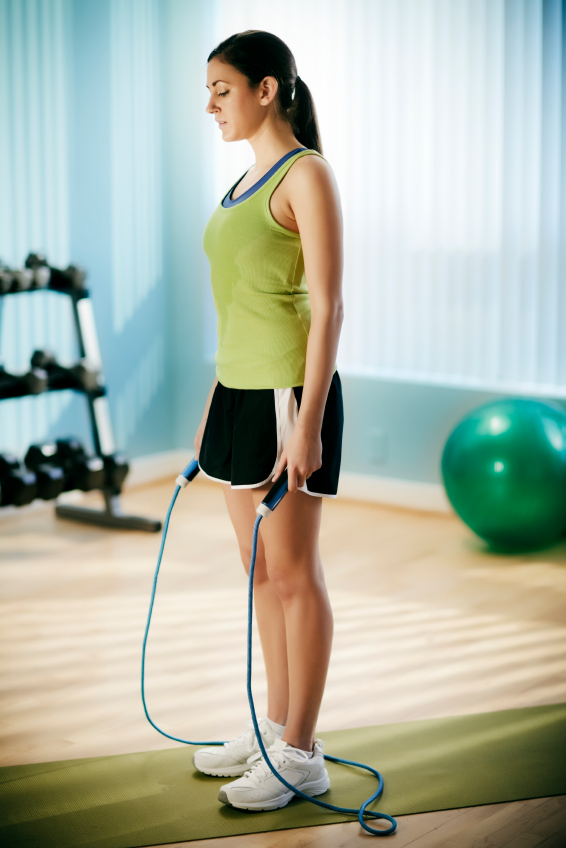 Aids weight loss: Skipping can help you shed up to 450 calories in just 30 minutes.The effort it takes to jump rope for 10 minutes is the equivalent of running a mile in eight minutes. So, you see how effective is skipping rope for losing weight.

Improves muscle tone : Regular skipping improves the muscle tone in the legs and lower body and also in the upper body as your shoulders and arms work the rope.

Improves balance and coordination: Skipping regularly improves body flexibility and also aids your coordination and balance.It also helps you gain better concentration as both sides of your brain remain active while skipping.

How much can sitting affect our body? Too much time spended in the sitting position is killing you. Sitting all day at work, and later on the couch or infront of computer at home have been proven to have negative  impact on human health. 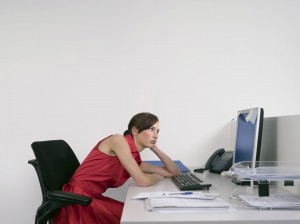 Diabetes and heart disease.
Stressful working conditions are increasing the risk of stroke at women fir 88%, and employees who are middle-aged or older and sit most of the working time have twice the risk of diabetes, according to research from the British University of Leicester.

In order to improve the circulation of the blood and sugar balance, every hour stand and walk for five minutes or do some practice in office.

Hip pain.
This pain often affects women who work sitting, especially those who are genetically prone to getting osteoporosis.

Adjust your chair for your legs and back so thay can form an angle of 90 degrees. Allso practicing yoga can help with problems with hips. 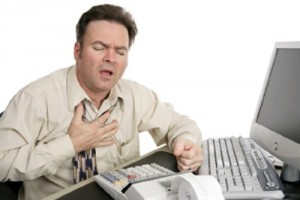 Weight Gain.
More than 60% of the employees in the office regularly snack unhealthy foods such as chips or chocolate, and experts say that the work associated with sitting and unhealthy diet are the main causes of obesity in countries around the world.Eat less fast food and unhealthy snacks, replace them with healthier options, such as dried fruit or nuts.

Dry eyes.
Looking at the computer screen causes pressure on the eye muscles. It causes dryness and deteriorating eyesight.

Changing lifestyle, increasingly odd-working hours and limited outdoor activities are leaving a bad impact on human health as 84 per cent of the country’s population was found vitamin D deficient, a recent study said here on Monday.

“In the face of present-day lifestyles, dominated by ungodly working hours and limited outdoor activities, inherent vitamin D deficiency is increasingly becoming an eyesore among a large number of people. (There is) Vitamin D deficiency risk to 84 per cent of Indians,” SRL Diagnostics said in its report.

The human body’s ideal dose of vitamin D ranges between 1,000 and 2,000 IU (International Units) per day.

“Vitamin D deficiency was found to be prevalent in around 69 per cent of the population, while 15 per cent more were found to be vitamin D insufficient, thus making around 84 per cent of Indians risk-prone to this, the study said.

The report pointed out that skin exposure to the sun is natural, intended, and most effective source of vitamin D, yet the most neglected. Tests that estimate the level of vitamin D have become increasingly common, pan-Indian.

Testing for vitamin D deficiency has been known to protect a majority of the Indian population from joint pains, muscle weakness, cardiovascular disorders and other more serious problems that could be permanently detrimental to one’s health.

While research on the impact of vitamin D on ailments is ongoing, doctors believe it is clearly associated with diabetes, high blood pressure, bone weakness, nerve-related disorders and obesity.

After pregnancy, women are at a higher risk of developing osteoporosis due to high demands of calcium and vitamin D, it added.

There are diagnostic tests to determine vitamin D levels in the body. It is extremely essential to keep a check on the levels of deficiency in the body as it helps retain calcium,” SRL Diagnostics President-Research & Innovation, Dr B R Das said.

“Sufficient vitamin D levels assist the body in reducing bad cholesterol and increasing good cholesterol, besides helping in the essential repair and maintenance activities in the body. It is directly linked to knee pains and osteoporosis,” Das said.

The study reveals that the differences between deficiency and insufficiency are conspicuous. Vitamin D deficiency manifests itself as a bone disease, which is mostly either rickets or osteomalacia. Whereas insufficiency may be associated with milder disease outcomes, including muscle weakness and fatigue.

Another outcome of this study draws attention to males between the ages of 30 and 60, while adolescent girls and women of child-bearing age (those belonging to the 16-30 age group) are more likely to develop vitamin D deficiency, as they require vitamin D in the form of extra supplements for growth, it said. Find out why having an occasional brew can be great for your health.

How a Brew Can Be Good For You
There might be nothing more relaxing than a brewski after long day of work or at a weekend gathering with family and friends. And when temperatures soar, pouring a tall, cold one can provide satisfying relief from the heat. But these days, drinking a beer a day isn’t just a way chill out or serve as a social lubricator. Research shows that moderate drinkers, whether it’s beer or another alcoholic beverage such as red wine may actually live longer than heavy drinkers and non-drinkers. The key word is moderation – that means one drink a day for women and one or two for men . So when you sit down for a pint this St. Patrick’s Day, remember these five reasons why this tipple is helping your health.

Heart Health and Beer
If you drink dark beer, you’re in luck. Beer, especially of the dark variety, is a source of soluble fiber because of the barley from which beer is made. Fiber helps lower LDL or “bad” blood cholesterol. And beer increases your HDL or “good” cholesterol, which helps reduce coronary heart disease risk. Beer alone won’t help your cholesterol: Darker beers can have up to 3.5 grams of soluble fiber, but you’ll need about 5 grams a day to lower LDL by 5 percent. As an added benefit, the hops and malt provide heart-healthy antioxidants. Keep in mind that the heart health benefits are mainly seen in middle-aged men and women. Drinking in your 30s won’t help prevent a heart attack in your 50s. Find out how drinking affects your RealAge.

Avoid the Beer Belly
Too many brewskis contribute to the proverbial pot belly, but drinking just one a day can actually help by stemming inflammation that contributes to obesity, according to Michael Roizen, MD. The bitter compounds from hops activate substances (called PPARs) that have an anti-inflammatory effect.

Raise a Glass to Your Kidneys
Compounds in hops, which are used to make beer, slow the release of calcium in bones, which contributes to kidney stones in men. Have a glass a day to help keep painful kidney stones away.

Try a Beer Bath to Soothe Skin
Bet you didn’t know that beer is a natural remedy for your skin. Adding two cups of beer to a warm bath can actually help with psoriasis and other skin conditions thanks to the hops, according to Mehmet Oz, MD . Light some candles, pour your favorite brew and relax with these extra suds, but also note that drinking beer has been linked to psoriasis flare-ups.
Boost Your Bone Health With a Brew
Keep your bones strong with a cold one. The bone-building secret in beer is silicon, a chemical that stimulates collagen production. What’s collagen got to do with it? Collagen is a protein that increases the density in your bones and keeps joints more flexible. Drink hoppy beers or ones with malted barley to get the biggest bone benefits and help prevent osteoporosis.
Source: Yahoo shine 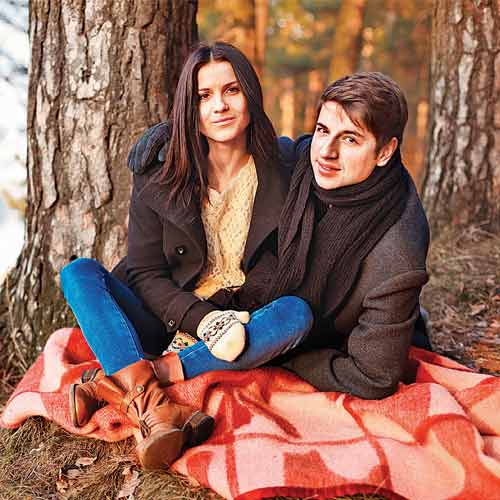 Researchers at UCLA have suggested that marriage is good for the health of men’s bones, but only if they marry when they’re 25 or older.

In a new study, researchers found evidence that men who married when they were younger than 25 had lower bone strength than men who married for the first time at a later age.

Although for women there were no similar links between bone health and being married or in a marriage-like relationship, the study authors did find evidence that women with supportive partners had greater bone strength than those whose partners didn’t appreciate them, understand how they felt or were emotionally unsupportive in other ways.

This is the first time that marital histories and marital quality have been linked to bone health, the study’s senior author, Dr. Carolyn Crandall, a professor of medicine in the division of general internal medicine and health services research at the David Geffen School of Medicine at UCLA, said.

“There is very little known about the influence of social factors – other than socioeconomic factors – on bone health,” Crandall said.

“Good health depends not only on good health behaviors, such as maintaining a healthy diet and not smoking, but also on other social aspects of life, such as marital life stories and quality of relationships,” she said.

The associations between marriage and bone health were evident in the spine but not the hip, possibly due to differences in bone composition, the researchers said.

The data suggested several significant correlations between marriage and bone health – but only for men.

The study authors found that men in long-term stable marriages or marriage-like relationships had higher bone density in the spine than every other male group, including men currently married who had previously been divorced or separated, men not currently in a relationship and men who had never been married.

Among men who first married prior to turning 25, the researchers found a significant reduction in spine bone strength for each year they were married before that age.

For instance, the authors said, those who marry young are likely to be less educated, leading to lower pay and more difficulty in making ends meet.

The study is published online in the peer-reviewed journal Osteoporosis International.

The compound is called picolinic acid, a product derived of the essential amino acid tryptophan.

“This is a major step in the development of a completely new type of medication for osteoporosis. Instead of stopping bone destruction, our compound instead stimulates bone formation,” he said.

“The product is easily dissolved in water, has a higher level of absorption and did not induce any side effects in the treated mice.

“When this medication was administered in the water of normal and menopausal mice, picolinic acid strongly and safely increased bone mass in normal mice and rescued bone from menopause-associated osteoporosis.” Professor Duque said the team had patented the compound and will expand their trials to humans in the near future in a bid to address the increasing numbers of people developing the condition.

“Osteoporosis affects an estimated 300 million people worldwide. One in three women over 50 will experience osteoporotic fractures, as will one in five men.

“Despite the current treatments available, by 2050, the worldwide incidence of hip fracture in men is projected to increase by 310 percent and 240 percent in women.

“This increase is explained by the low rate of diagnosis and treatment for osteoporosis, as well as some concerns about the potential side effects of the current treatments.

“There are also close similarities between the majority of the osteoporosis medications in terms of their anti-fracture effect and mechanism of action.”

According to Professor Duque, there is a reduction in bone formation as part of the ageing process that predisposes people to osteoporosis.

“In this case we are targeting the real problem by stimulating the bone forming cells to work and produce more bone, thus increasing bone mass and hopefully preventing new fractures,” he said.

Source: The University of Sydney