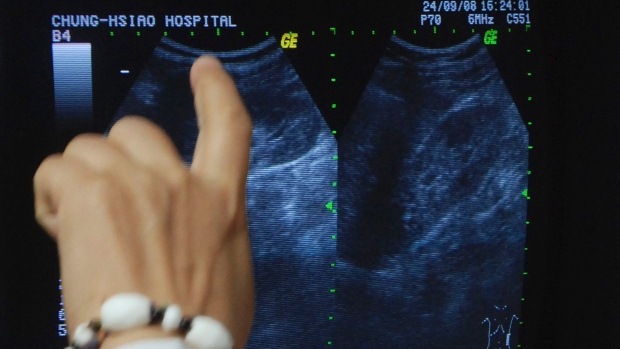 Already, the study in the journal Environmental Health Perspectives found a link between hot days and kidney stones in 60,000 patients whose medical records were studied in Atlanta, Chicago, Dallas, Los Angeles and Philadelphia.

“We found that as daily temperatures rise, there is a rapid increase in the probability of patients presenting over the next 20 days with kidney stones,” said lead author Gregory Tasian, a pediatric urologist and epidemiologist at The Children’s Hospital of Philadelphia.

Kidney stones were most common within three days of a hot spell. Researchers also found that very cold weather in Atlanta, Chicago and Philadelphia was associated with a rise in kidney stones, perhaps because people were inside and restricting their physical activity more than usual. Kidney stones are caused when substances in the urine, such as calcium and phosphorus, become highly concentrated. Failing to drink enough fluids can exacerbate the problem.

About 10 per cent of the U.S. population is believed to suffer from kidney stones. They are more common in men than women.

“Kidney stone prevalence has already been on the rise over the last 30 years, and we can expect this trend to continue, both in greater numbers and over a broader geographic area, as daily temperatures increase,” said Tasian.

Duke engineers have devised a way to improve the efficiency of lithotripsy — the demolition of kidney stones using focused shock waves. After decades of research, all it took was cutting a groove near the perimeter of the shock wave-focusing lens and changing its curvature.I’ve spent more than 20 years investigating the physics and engineering aspects of shock wave lithotripsy,” said Pei Zhong, the Anderson-Rupp Professor of Mechanical Engineering and Materials Science at Duke University. “And now, thanks to the willingness of Siemens (a leading lithotripter manufacturer) to collaborate, we’ve developed a solution that is simple, cost-effective and reliable that can be quickly implemented on their machines.”

The study appears in the Proceedings of the National Academy of Sciences.

The incidence of kidney stones in the United States has more than doubled during the past two decades, due at least in part to the expanding waistlines of its citizens. The condition has also been linked to hot, humid climates and high levels of stress—a combination of living environments that seems to have led to a rise in kidney stone rates of veterans returning home from Iraq and Afghanistan.

During the past two decades, lithotripter manufacturers introduced multiple changes to their machines. Rather than having patients submerged in a bath of lukewarm water, newer machines feature a water-filled pouch that transfers the shock wave into the flesh. An electrohydraulic shock wave generator used in the past was replaced by an electromagnetic model that is more powerful, more reliable and more consistent.

The new designs made the devices more convenient and comfortable to use, but reduced the effectiveness of the treatment. After years of research, Zhong and his colleagues have determined why.

The increased power in some third-generation shock wave lithotripters narrowed the wave’s focal width to reduce damage to surrounding tissues. But this power jump also shifted the shock wave’s focal point as much as 20 millimetres toward the device, ironically contributing to efficiency loss and raising the potential for tissue damage. The new electromagnetic shock wave generators also produced a secondary compressive wave that disrupted one of the primary stone-smashing mechanisms, cavitation bubbles.

“We were presented with the challenge of engineering a design solution that mitigated these drawbacks without being too expensive,” said Zhong. “It had to be something that was effective and reliable, but also something that the manufacturer was willing to adopt. So we decided to focus on a new lens design while keeping everything else in their system intact.”

The solution was to cut a groove near the perimeter of the backside of the lens and change its geometry. This realigned the device’s focal point and optimized the pressure distribution with a broad focal width and lower peak pressure. It also allowed more cavitation bubbles to form around the targeted stone instead of in the surrounding tissue.

In laboratory tests, the researchers sent shock waves through a tank of water and used a fibre optic pressure sensor to ensure the shock wave was focusing on target. They broke apart synthetic stones in a model human kidney and in anaesthesized pigs and used a high-speed camera to watch the distribution of cavitation bubbles forming and collapsing—a process that happens too fast for the human eye to see.

“We feel we have exceeded expectations in our evaluation of this new lens design, which is based on solid physics and engineering principles,” said Zhong, who expects the new lens to enter clinical trials in Germany this summer.

“My hope is that this will be a breaking point demonstrating that effective, interactive collaboration between academia and industry can really improve the design of lithotripters that will benefit millions of stone patients worldwide who suffer from this painful disease,” Zhong said.

“Our design, in principle, can be adapted by other manufacturers to improve their machines as well. I would like to see all lithotripsy machines improved so that urologists can treat stones more effectively and patients can receive better treatment and feel more comfortable with the procedure,” he added.

The expanding waistlines of the citizens, increasing stress and humid conditions may have given rise, at least in part, to rising incidence of kidney stones in the world, but a way to ease the treatment of the disease has eluded the scientists for some time.

This is likely to change soon as engineers from Duke University in Durham have devised a way to improve the efficiency of lithotripsy – the medical procedure of demolishing kidney stones using focused shock waves.

After decades of research, all it took was cutting a groove near the perimeter of the shock wave-focusing lens and changing its curvature, the engineers said.
“We’ve developed a simple, cost-effective and reliable solution that can be quickly implemented on their machines,” said Pei Zhong, professor of mechanical engineering and materials science at Duke University.

In laboratory tests, the researchers sent shock waves through a tank of water and used a fiber optic pressure sensor to ensure the shock wave was focusing on target.

They broke apart synthetic stones in a model human kidney and in anesthesised pigs and used a high-speed camera to watch the distribution of cavitation bubbles forming and collapsing – a process that happens too fast for the human eye to see.

During the past two decades, lithotripter manufacturers introduced multiple changes to their machines, but they couldn’t improve effectiveness of kidney stone treatment.

The study appeared in the journal of Proceedings of the National Academy of Sciences.

One of the most common presentations is the flank pain on one side. It sometimes radiates down into the stomach, and it can actually radiate down into the genital area. That type of pain is pretty commonly seen in stone patients.

Sometimes there’s nausea and vomiting. Those type of symptoms are something that gives us a clue that this may be a stone.

The CAT scan is the gold standard for imaging for kidney stones. That’s usually the way to diagnose it. You can’t do it from a blood test or anything else.

Why do people say that they are so painful?
It blocks the flow of urine in the kidney, and it causes backup. And it’s an excruciating pain. A lot of people do describe it as worse than childbirth.

When the system is trying to push urine out, what happens is: your kidney and your ureter — they have this muscle propagation that goes down the kidney into the ureter — when it’s trying to push and the stone is blocking it, you get these intense pains. That’s why we call it colicky, it comes and goes and it’s extremely painful and the main reason for the pain is the backup of urine.

What’s happening exactly?
Usually, if they have two kidneys, they urinate fine, because you’re getting urine on the other side. The problem is, that kidney is producing urine but it can’t get pushed down.

If you take a pipe and you clog it off and somehow you’re still getting fluid into the other end … if it’s a pipe that can expand, it starts expanding.

The backup is like that. It causes a great deal of pain because you’re expanding your system. You don’t have any pop-off valve. Once it starts expanding, it’s expanding unnaturally.

It’s called hydronephrosis, and it’s basically backup of urine into the kidney.
What to do for kidney stones

Are there particular risk factors?
There are certain diseases associated with kidney stones, things like hypoparathyroidism, or some bowel diseases where your absorption isn’t normal.

Things like obesity and diabetes are associated with kidney stones. The main dietary factors are low water intake and high salt intake and animal protein — anything you killed to eat. If you have high amounts of those intakes, it causes your urine to acidify and then it becomes more prone to having stones.

It just depends on the person. If you have a family history, you’re more apt to get a stone.

What is the treatment?
If the stones are small enough, they usually pass on their own. Sometimes it can be an uneventful passage, or sometimes it’s just an excruciating passage, but we can help them out with pain medicine and some other medicines.
We say greater than 5 mm we start watching them closely. They have a higher chance of requiring surgery to pass the stone.
So it’s possible that with pain medicine, it could go away on its own?

How long does that take?
It can take a few days. Depending on where the stone is and how small it is. Sometimes we monitor up to six weeks, but if the stone isn’t progressing, we’ll go ahead and take care of it.

If the pain is so much that they can’t endure it, then we will go ahead and treat. If their pain is coming and going, and well-controlled with things like ibuprofen or other pain medicine, sometimes we just wait and let them try and pass it.