If we’re taking it, we’re also drinking it: painkillers, blood thinners, hormones, chemotherapy agents, even cocaine and amphetamines. Whatever goes into us, also comes out of us, through our own biological effluent, every time we flush the toilet. The excreted drugs pass right through most sewage treatment processes and end up in rivers and lakes, and then in our drinking water. 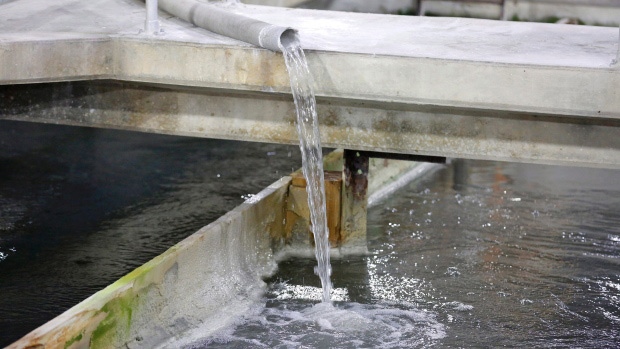 A Canadian study quietly released last month reported record-breaking levels of three pharmaceuticals in river water in southwestern Ontario. Although the chemicals — the diabetic drug metformin, the acid reflux drug ranitidine, and the diuretic hydrochlorothiazide — ?are measured in nanograms per litre, and are extremely low, the levels detected have never been found before in North America.

When Health Canada sampled tap water across Canada, researchers found what they expected to find, traces of drugs in drinking water that comes from rivers and lakes, although that report has not yet been published.  Concern about drugs in the Great Lakes, Minnesota rivers

Last year, a group of researchers detected drugs in the Great Lakes at levels high enough to be “of environmental concern,” according to a study that found traces of acetaminophen, codeine, antibiotics, hormones, steroids, and anti-epileptic compounds, and dozens of other chemicals. Also last year, another group concluded that they’d found evidence of a “global environmental issue” after discovering widespread neuro-active compounds, including antidepressants, anti-seizure compounds, and mood stabilizers, in 24 Minnesota rivers.

In February, Environment Canada officials told a Senate committee hearing that more than 165 individual pharmaceuticals and personal care products have been identified in water samples, as of this year. Two things are happening. New technology is making it easier to detect trace amounts of these pharmaceutical chemicals. And people are taking more and more drugs.

“With aging boomers, the amounts of pharmaceuticals which are being consumed are going up between 10 and 15% a year, here in North America,” said environmental toxicologist Chris Metcalfe of Trent University in Peterborough, Ont. “So we can view this as a developing problem that will probably get worse, in terms of the amount of pharmaceuticals we can expect being discharged into the environment.”

The issue of drugs in the drinking water first made headlines more than a decade ago, and some people were shocked to learn that the drugs they swallowed didn’t magically disappear. Discover Magazine ranked “Drinking Water Drugged’ one of the top 10 science stories of 2002.

The immediate concern was for fish swimming in this pharmaceutical soup. And over the last decade, scientists have proven the drugs are creating “intersex” fish, with males developing eggs in their testes, putting the survival of some species in jeopardy.  But scientists still don’t know if these pharmaceuticals are affecting human health. That’s because almost no one studies this, primarily because most experts assume the risk is minimal.

That risk assessment is based on the following assumption: Taking a single compound, the experts believe the trace amounts found in water are so low compared to a therapeutic dose, that someone would have to drink tonnes of water to ingest enough of a chemical to cause a biological effect.

No one knows whether that cocktail of biologically active compounds, consumed at low levels over a lifetime, is a human health risk.