While many clients come to me to slim down, in the long run, nearly all find themselves feeling far more motivated by the numerous benefits of healthy eating outside of shedding pounds and inches. 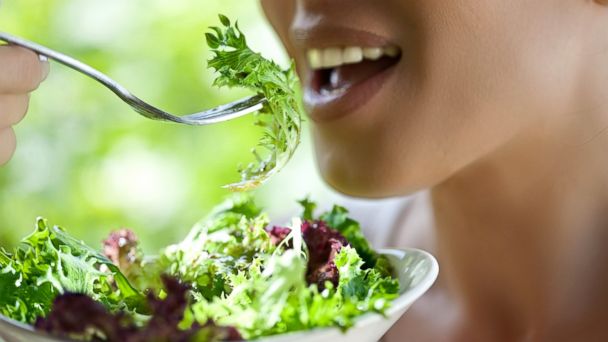 For example, a new study published in the British Journal of Health Psychology found that young adults who eat more fruits and veggies experience greater “flourishing,” meaning they’re happier, more positive, creative, and curious. I absolutely see these effects among the people I counsel, regardless of age, and it’s this overall enhanced sense of well being that keeps most of them going strong.

Here are five more meaningful benefits of eating well that have absolutely nothing to do with your size or shape.

Like the study I referenced above, another from New Zealand has tied a higher produce intake to mood. In the study, nearly 300 young adults completed daily food diaries for three consecutive weeks, along with psychological and mood-related ratings. Scientists found that a higher intake of fruits and veggies resulted in more energy, calm, and greater feelings of overall happiness. They also noted that the effects were seen not only on the days more produce was consumed, but also throughout the following day.

Another study, published in the journal Social Indicators Research, which tracked the eating habits of 80,000 adults, found that downing more servings of fruits and veggies boosted mental well being, with the magic number for happiness being seven daily servings (think half of each meal).

Numerous studies have tied better sleep to improvements in overall wellness, and more and more research indicates that eating the right foods can help. Scientists from Taiwan found that when men and women who struggled with sleep disturbances ate two kiwis one hour before bed over a four-week period they fell asleep 35% faster, slept more soundly, and snoozed 13% longer.

Researchers from the University of Pennsylvania and University of Rochester have also found tart cherry juice to be an effective elixir for sleep. In their study, volunteers sipped either one ounce of tart cherry juice or a placebo daily for a week. The cherry drinkers experienced a 25-minute increase in sleep quantity, and a 5-6% boost in sleep efficiency, a measure of overall sleep quality. Not surprisingly, other foods that have been tied to better sleep are all of the good-for-you variety, including fish, whole grains, nuts, and dark leafy greens. In other words, better diet, better slumber.

As a sports nutritionist, I’m always on the lookout for research about foods that enhance athletic performance, and in recent years several healthy foods have been shown to either build muscle, boost recovery, or improve endurance. For example, a study published in the Journal of Applied Physiology found that gulping 16 ounces of organic beetroot juice daily for six days helped male athletes cycle for up to 16% longer compared to a placebo, an effect the researchers say isn’t achievable through training.

Healthy eating really does give you a natural glow. At least that’s what University of Nottingham scientists found when their study concluded that photographs of people who ate more produce were rated as more attractive than those with suntans. Another from the University of St. Andrews found that people who upped their intake of fruits and veggies by roughly three more daily portions for six weeks were rated as more attractive than those with lower produce intakes. The lesson: you really are what you eat—both inside and out!

For some time the Mediterranean diet has been considered the gold standard for optimal health. Cornerstones of this eating plan include a eating lots of veggies and fruits, along with fish, beans, whole grains, extra virgin olive oil, avocado, nuts and seeds, a moderate amount of wine—and a low intake of fatty meats, dairy products, refined grains, and sugar. A recent study from the National Institutes found that people who consistently adhere to a Mediterranean-like diet were less likely to have brain infarcts, small areas of dead tissue in the brain linked to cognitive problems.

Researchers also found that over 6 years, Mediterranean diet eaters were 36% less likely to have brain damage than those who least closely followed this eating pattern. This backs other research supported by the National Institute on Aging, which found that close adherence to a Mediterranean diet resulted in a 28% lower risk of developing mild cognitive impairment with aging, and a 48% lower risk of progressing from cognitive impairment to Alzheimer’s disease.