The biggest weight loss mistakes
by Alyssa ShafferDropping pounds boils down to a simple-sounding formula: burn more calories than you take in; eat less and move more. But anybody who has ever cut calories and ramped up an exercise plan in an effort to slim down knows it’s a lot harder than it sounds. All dieters inevitably make mistakes along the way—and most of the time they don’t even realize it. Here are the 10 flubs that everyone makes when they’re trying to shed fat. 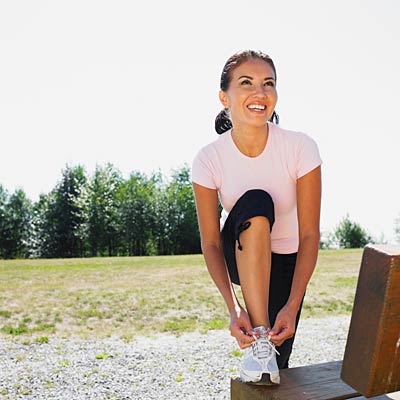 OD’ing on protein
“Protein is important, but if you have too much, the excess gets stored as fat,” says Felicia Stoler, RD. “And high-protein shakes and bars tend to be sugary and fatty.” Women need about 46 grams a day, per the CDC.

Skimping on veggies
Many of us fall short of the recommended 2.5 cups daily, Stoler says. A no-brainer: Work some into every meal, whether it’s sliced tomato on your morning toast or spinach on your turkey sandwich.

Having just a big glass of juice for breakfast
“Most juice raises blood sugar, so your body produces more insulin. You’ll get hungry and overeat later,” says Louis Aronne, MD. Get in protein and fiber, such as eggs and whole-grain toast.

Overestimating weight-loss rate
Most people shed a lot of pounds in the first couple of weeks of a program, a combo of carbs and water. It’s an artificially high drop, so don’t get discouraged when progress peters out.

Slacking on shut-eye
“Appetite and hunger hormones are greatly influenced by how much sleep you get,” says Pamela Peeke, MD. “Skimp and you’re more likely to eat everything that’s not tacked down.”

Considering workouts license to binge
One recent study in Marketing Letters found that people who were told a one-mile walk was for exercise ate about twice as much afterward as those informed the outing was for fun.

Underestimating how much time you have
Some weeks, finding that extra half hour to slip in a workout isn’t easy—why it’s good to have a backup plan. “Even a 10-minute cardio video on YouTube can keep you on track,” Stoler says

Always doing the same routine
“You can’t perform the same exercises over and over and expect the same benefits,” Stoler says. To get better results, follow the FIT principle: Vary the frequency, intensity or time.

Ignoring weights
Women who are getting started on an exercise program often think they should stick with just cardio, Stoler notes—but you need strength training to keep your metabolism revved up.

Giving in to your energy drain
A top excuse for not exercising: “I’m too tired.” Fake yourself out, urges Holly Wyatt, MD: “Say you’ll walk for only 10 minutes and you’ll likely go longer. Exercise energizes you!”