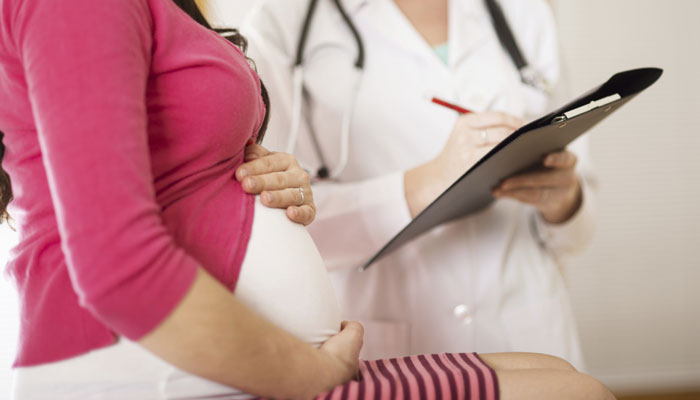 More and more women are going for a caesarian birth nowadays. In some cases, C-sections are planned because of medical various reasons. However, there are cases where many women unnecessarily go under the knife to deliver their bundles of joy just to avoid the labour pain.

While C-sections are required to safe the life of a mother and baby, they carry more risks compared with a vaginal birth. Even the World Health Organization (WHO) says that they shouldn’t be performed unless they’re medically necessary.

The main risks of having a C-section include:

Infection: Although you’ll be given antibiotic to reduce your risk, it is said that about 8% of women still go on to get an infection after a caesarean birth, such as infection in the wound, lining of the uterus and urinary tract infection (UTI).

Pain: Pain in the would and discomfort in the belly for at least a few weeks after the surgery.

Blood clot: While any surgery raises your chances of developing a blood clot, the risk is greater after a C-section than after a vaginal delivery. If a blood clot gets in to your lungs (pulmonary embolism), it can even be life-threatening.

Anaesthetic: After the operation, many women experience complications related to medication, latex, or anesthesia. Adverse reactions to these items can range from very mild like headache to severe like death from anaphylactic shock

Pregnancy: Some C-section complications like such as uterine rupture make it impossible for a woman to have another baby.

Breathing problems: Babied born by C-section are more likely to have breathing problems at birth and even during childhood, such as asthma. They may also be at greater risk for stillbirth.

Surgical injury: Although rare, sometimes baby may get a little cut from the doctor’s scalpel.

Experts have warned that taking lesser amount of water during winters can give rise to major health problems such as cystitis or urinary tract infection, especially in women.

“Women are prone to cystitis because of their shorter urinary tract as compared to men. Women of all ages can acquire such infections but it is more with women who have just been married and women approaching menopause,” Malvika Sabharwal, head of department of gynaecologist and obstetrician, Nova Speciality Hospitals, was quoted as saying to IANS.

With women having higher risk of cystitis (eight times) than men, doctors recommend drinking at least 12 glasses of water a day to help flush out the infection and dilute the urine.

Up to 15 percent of women have cystitis each year and half of them have had cystitis at least once in their life.

“Women suffering from tuberculosis, diabetes mellitus, those who are pregnant and those who are sexually active are more vulnerable to cystitis,” added Sabharwal.

Doctors also stress that pregnant women should take special care not to keep their bladder empty.

“Pregnant women should try not to drink too much caffeine or acidic drinks such as orange juice as these can irritate the bladder. They should never keep their bladder empty as it can create an environment for bacteria to multiply,” Archana Dhawan Bajaj, gynaecologist and obstetrician at Nurture Clinic, told IANS.

“Burning sensation while urinating, frequent need to urinate but passing only small amounts or no urine, having pain in the lower back, dark smelly urine and even fever are the symptoms of cystitis,” adds Dhawan.

Blood can also pass along with urine but that can be detected only when the urine is tested.

“So to detect the severity of the infection, a simple microscopic culture of the urine has to be done,” Amita Shah, consultant gyanecologist, Columbia Asia Hospital, Gurgaon, told IANS.

However, doctors also advice microscopic urine examination once every three to six months.

“The treatment for cystitis includes addressing each episode promptly with a short course of antibiotics and sometimes, a regular dose of antibiotics for the long-term. However, if untreated, the infection can go from the bladder to the kidney,” added Shah.

“Self-hygiene is important and more important is that the washroom should also be cleaned and sanitised,” added Shah.