Infusing stem cells into the brain may help boost recovery after a stroke, according to a pilot study by Imperial College London. Scientists believe the cells encourage new blood vessels to grow in damaged areas of the brain. 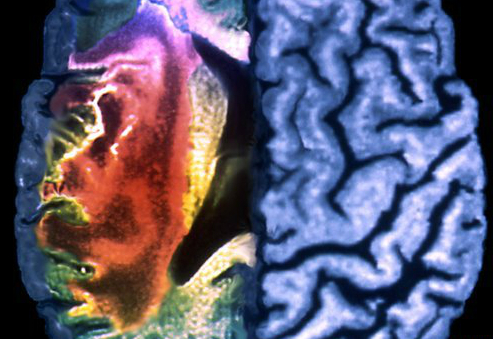 They found most patients were able to walk and look after themselves independently by the end of the trial, despite having suffered severe strokes. Larger studies are needed to evaluate whether this could be used more widely. In this early trial – designed primarily to look at the safety of this approach – researchers harvested stem cells from the bone marrow of five people who had recently had a stroke.

‘Independent living’
They isolated particular types of stem cells – known as CD34+. These have the ability to stimulate the growth of new blood vessels. They were infused directly into damaged sections of the brain, via the major artery that supplies this area. Scientists monitored the patients for six months, charting their ability to carry out everyday activities independently.

Four of the five patients had suffered particularly severe strokes – resulting in the loss of speech and marked paralysis down one side of the body. This type of stroke usually has a high fatality and disability rate. But researchers found three of the four patients were able to walk and look after themselves independently at the end of the six-month period. And with some help, all five were mobile and could take part in everyday tasks.

‘Natural protection’
Though other stem cell treatment has shown promise as stroke therapy before, this is the first UK study to investigate using this type of approach in the first week after a stroke.

Scientists hope getting to patients early will improve chances of success. Dr Soma Banerjee, who led the study, told the BBC: “This is encouraging and exciting early research. “Now we need to look at a larger group of patients and hope eventually to develop a treatment based on this approach.”

“Anyone who has seen the suffering a stroke can cause will be encouraged that doctors and scientists are continually exploring new ways to treat this devastating disease.”

The study is published in Stem Cell Translational Medicine.