Edwina Yeung, PhD, of the Eunice Kennedy Shriver National Institute of Child Health and Human Development (NICHD) – part of the National Institutes of Health (NIH) – and colleagues publish their findings in JAMA Pediatrics.

According to Centers for Disease Control and Prevention (CDC), around 1.5% of all infants in the US are conceived using assisted reproductive technology (ART), such as in vitro fertilization (IVF).

Previous studies have suggested such treatment may lead to developmental problems among offspring; Yeung and colleagues point to a 2013 Swedish study that identified an 18% greater risk of intellectual disability among children conceived through a form of ART called intracytoplasmic sperm injection (ICSI). However, many other studies have found no such association.

Additionally, the researchers note that few studies have assessed how non-ART infertility treatments, such as ovulation induction (OI) – the stimulation of ovulation through medication – impacts the risk for developmental delays among offspring.

“In response to critical data gaps, we designed the Upstate KIDS Study to specifically assess the association between the mode of conception and children’s development through age 3 years,” say the authors.

The team notes that parents of twins and other multiples were included in the study, and there were around three times as many singleton children in the non-treatment group than the treatment group.

Four months after the mothers gave birth, they were asked to complete a questionnaire detailing the type of infertility treatment they underwent. These included ART treatments, such as IVF, frozen embryo transfer, assisted hatching and zygote intrafallopian transfer, and the non-ART treatment OI, with or without intrauterine insemination (IUI).

When the children were aged 4-6, 8, 12, 18, 24 and 36 months, their mothers completed a questionnaire that was used to identify developmental disabilities. Specifically, the questionnaire was used to assess children’s fine motor skills, gross motor skills, communication, problem-solving abilities and personal and social functioning.

Findings ‘provide reassurance’ to couples receiving infertility treatment
Overall, the researchers found there was no difference in the risk of developmental disabilities between children conceived via infertility treatment – regardless of ART or non-ART treatments – and those who were not.

Accounting only for children who were conceived via ART, the researchers found they were more likely than those in the non-treatment group to have developmental delays; they were most likely to have difficulties with problem-solving and personal and social functioning.

However, when the team accounted for the significantly higher number of twins in the ART group – after noticing twins were at higher risk of developmental problems than singletons – there was no difference in the risk of developmental disabilities between children conceived through ART and those in the non-treatment group.

Additionally, the researchers found no difference in the percentage of children who were referred for assessment by developmental specialists between treatment and non-treatment groups.

Among children who were diagnosed with a developmental disability aged 3-4 years, the researchers identified no significant differences between those conceived through infertility treatment and those who were not. 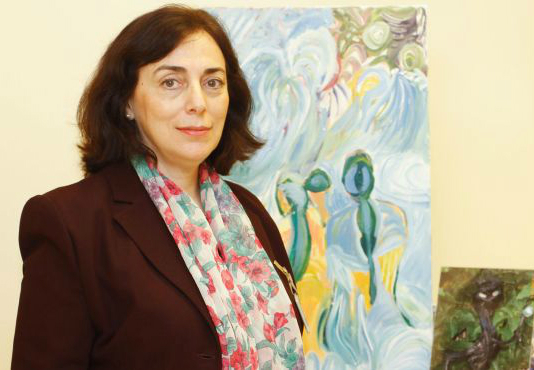 If you are in a creative profession, Parkinson’s may be a blessing in disguise as researchers have found that patients of the nerve cells disease in the area of brain are more creative than their healthy peers.

Those Parkinson’s patients taking higher doses of medication are more artistic than their less-medicated counterparts, the study added.

“It began with my observation that Parkinson’s patients have a special interest in art and have creative hobbies incompatible with their physical limitations,” said Rivka Inzelberg, professor at Tel Aviv University in Israel.

For the study, the researchers conducted tests on 27 Parkinson’s patients treated with anti-Parkinson’s drugs and 27 age and education-matched healthy controls.

The tests included the Verbal Fluency exam, in which a person is asked to mention as many different words beginning with a certain letter and in a certain category (fruit, for example) as possible.

The participants were then asked to undergo a more challenging Remote Association Test, in which they had to name a fourth word (following three given words) within a fixed context.

The groups also took the Tel Aviv University Creativity Test, which tested their interpretation of abstract images and assessed the imagination inherent in answers to questions like “What can you do with sandals?”

The final exam was a version of the Test for a Novel Metaphor, adapted specifically for the study.

In order to rule out the possibility that the creative process evident in the hobbies of patients was linked to obsessive compulsions like gambling and hoarding, to which many Parkinson’s patients fall prey, participants were also asked to fill out an extensive questionnaire.

An analysis indicated no correlation between compulsive behaviour and elevated creativity.

The study appeared in the journal Annals of Neurology.