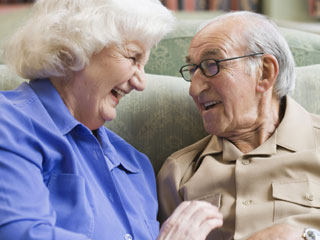 Researchers from Loma Linda University in California say that laughter may actually help diminish memory loss and brain damage because it helps reduce levels of the stress hormone cortisol.

In the study, two groups of elderly people – one with diabetes and one healthy – watched a 20-minute comedic video followed by a memory test involving visual recognition, learning ability, and memory recall. A third group of elders took the memory test without watching the video. Researchers measured the cortisol level for all individuals before and after the experiment.

The results may indicate that laughter leads to better memory because it releases endorphins and dopamine and that lowers stress hormones that can damage neurons in the area of the brain associated with memory.