According to a new study published online in PNAS, aspirin has a dual role in acting on pain. Not only does it prevent inflammation and pain but also hastens the end of inflammation.

According to the study, the drug kills cyclooxygenase, thus preventing production of the prostaglandins that cause inflammation and pain and also prompts the enzyme to generate another compound that hastens the end of inflammation, returning the affected cells to homeostatic health.  Edward A. Dennis said that aspirin causes the cyclooxygenase to make a small amount of a related product called 15-HETE and during infection and inflammation, the 15-HETE can be converted by a second enzyme into lipoxin, which is known to help reverse inflammation and cause its resolution – a good thing. 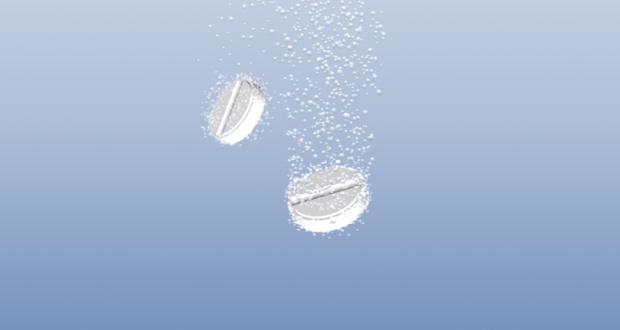 The researchers found that macrophages contain the biochemical tools to not just initiate inflammation, a natural part of the immune response, but also to promote recovery from inflammation by releasing 15-HETE and converting it into lipoxin as the inflammation progresses.

Here are some other amazing facts about aspirin you should know:

1. It is the most widely used drug: Aspirin, chemically known as acetylsalicylic acid, is truly a boon to the medical world. This wonder drug was first brought to the pharmaceutical industry in the year 1899, when it was introduced for the treatment of rheumatic fever and gout. Since then it is the most extensively used therapeutic chemical and is still the first choice of treatment for minor pains and fever.

2. Most people take the drug without even realising it:  Most people don’t realise that they are actually taking an aspirin because it is not only found as a single ingredient but is also present in combination with other prescribed and over-the-counter drugs. Most drugs containing aspirin have it labelled as ASA or spelled out as acetylsalicylic acid.

3. It is used for relieving more than 50 symptoms: The role of aspirin in treatment of various conditions has been studied. Aspirin is most commonly used for symptoms like heartburn, fever, arthritis, stomach ache, sleep disorders, migraine headaches and symptoms of common cold.

A toddler in Britain has a rare medical condition because of which she was born without a nose. Though the baby-girl does not have any sense of smell, she can still cough, sneeze and catch a cold. Tessa Evans loves running around, playing outside and blowing kisses. But unlike any other children, she suffers from an extremely rare condition which means she has no nose. The 17-month-old has complete congenital arhinia, which is so rare there are only around 40 cases reported in medical literature,

Despite her difficulties, she always has a smile on her face, says her mother Gráinne. ‘At first I just couldn’t understand it, I didn’t even know it was possible. How did my little girl not have a nose? Was she going to live? Would anyone be able to help her? But ever since we got her home she’s grown every day, smiled more and the more she shines the more her differences fade into the background.’ Just weeks after giving birth, while researching the condition on the internet, the mother came across a journal online which stated that babies born like Tessa had poor mental and physical development.

She claims it implied that parents should be given the option to terminate their pregnancy. Buut Evans, a full time carer from Maghera, County Derry, Northern Ireland says her daughter proves that statement wrong. Tessa’s condition was detected during the 20-week scan which showed an abnormally flat facial profile. Her mother and father – Nathan, 32, a nightclub manager – were told to prepare to make difficult decisions. But the follow up 3D scan and tests revealed Tessa was perfectly healthy and everything was normal. There are just 47 recorded cases in the English records of people with partial or full facial anomalies.