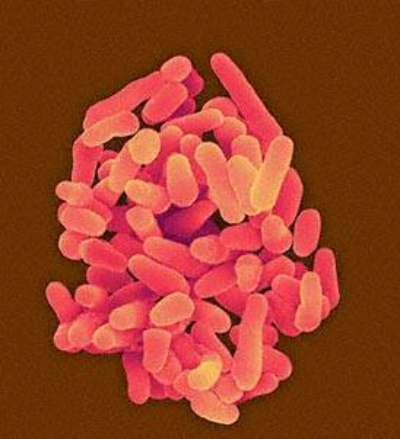 Researchers from EPFL (Swiss Federal Institute of Technology in Lausanne) and the AN Bach Institute in Moscow have discovered a new and extremely promising antibiotic for tuberculosis, especially effective against multi-resistant strains of the disease, which are on the rise in Eastern Europe. The drug, developed as a European FP7 project, has proven very effective against the disease.

In an article published in EMBO Molecular Medicine, the researchers show that, when combined with other drugs, the new antibiotic, called ‘PBTZ169’, can take down even the most resistant strains of tuberculosis bacteria.

Following the publication, the researchers formed the IM4TB Foundation on their campus. Supported by EPFL, the foundation aims to bring the new treatment to the market. This unusual step was taken because traditionally, technology transfer from academia to the pharmaceutical industry doesn’t work well with tuberculosis: development costs are too high and the affected countries are often barely able to maintain their own healthcare infrastructures.

With the IM4TB Foundation, EPFL intends to pick up the slack in the limitations of the industrial model. “The development of antibiotics is increasingly expensive and the countries most affected by tuberculosis are still emergent,” says Benoit Lechartier, co-author of the PBTZ169 study. “The recent closure of the AstraZeneca research centre in India illustrates the extent to which it is difficult for the pharmaceutical industry to invest in infectious diseases.”

Located on the EPFL campus, the IM4TB Foundation plans to move onto human trials within a year, in collaboration with the University of Lausanne Hospitals (CHUV).

PBTZ169 shows much promise. It attacks the bacterium’s strong point – the cell wall, which forms an impenetrable shield against antibiotics and the patient’s immune system. “Our molecule makes the bacterium literally burst open,” explains Stewart Cole, director of the study and head of EPFL’s Global Health Institute.

A cheap but formidable weapon against resistant strains

The researchers showed that PBTZ169 is extremely effective in tri-therapy, where it is combined with a standard drug, pyrazinamide, and a more recent one, bedaquiline – and both these drugs have already been approved by the EU and the FDA for multi-resistant strains. “This could be the winning strategy,” says Cole. “These molecules attack different targets in the bacterium. By combining them, we drastically reduce the risk that it will mutate into more resistant forms.”

As a treatment, PBTZ169 has many advantages. It is not expensive to produce, since it is relatively easy to synthesize. Initial tests have shown good compatibility with other anti-tuberculosis treatments and it is expected to be equally compatible with antiretrovirals used to treat AIDS, as HIV-positive individuals are particularly vulnerable to tuberculosis, and cases of cross-infection are on the rise.

This molecule is the culmination of many years of research. The preliminary versions were formidable in the laboratory, where they decimated bacteria in culture. However, their effectiveness in vivo was limited. New technologies like structural biology enabled researchers to redesign the molecule so that it could be more rapidly absorbed. “Thus we were able to improve its pharmacodynamics,” explains Cole. “Tuberculosis is often wrongly considered a disease of the past, but in order to fight it, we needed to employ 21st century technologies.”

More than 1.5 million deaths per year

Tuberculosis still kills more than 1.5 million people every year. It is uncommon in Europe, although certain countries such as the Ukraine are experiencing a resurgence of patients infected with multi-resistant strains. The EU is leading a programme that aims to eliminate the disease. The research team at EPFL that developed PBTZ169 received funding from the Seventh Framework Programme (FP7) of the European Commission, in the framework of an international collaboration.