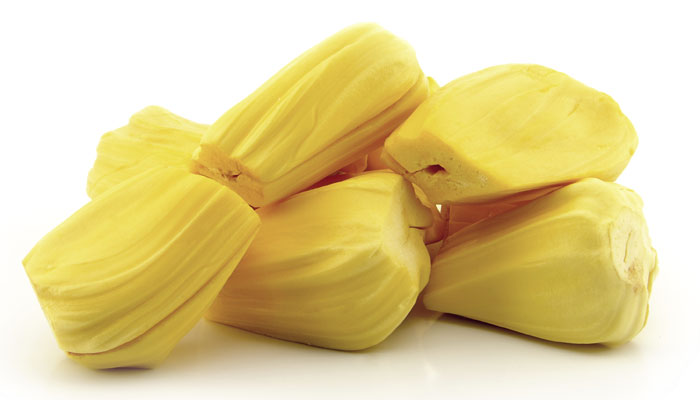 Colon cancer incidence rates have dropped 30 percent in the U.S. in the last 10 years among adults 50 and older due to the widespread uptake of colonoscopy, with the largest decrease in people over age 65. Colonoscopy use has almost tripled among adults ages 50 to 75, from 19 percent in 2000 to 55 percent in 2010.

The findings come from Colorectal Cancer Statistics, 2014, published in the March/April issue of CA: A Cancer Journal for Clinicians. The article and its companion report, Colorectal Cancer Facts & Figures, were released today by American Cancer Society researchers as part of a new initiative by the National Colorectal Cancer Roundtable to increase screening rates to 80 percent by 2018.

Colorectal cancer, commonly called colon cancer, is the third most common cancer and the third leading cause of cancer death in men and women in the United States. Its slow growth from precancerous polyp to invasive cancer provides a rare opportunity to prevent cancer through the detection and removal of precancerous growths. Screening also allows early detection of cancer, when treatment is more successful. As a result, screening reduces colorectal cancer mortality both by decreasing the incidence of disease and by increasing the likelihood of survival.

Using incidence data from the National Cancer Institute’s Surveillance, Epidemiology, and End Results (SEER) program and the Centers for Disease Control and Prevention’s National Program of Cancer Registries, as provided by the North American Association of Central Cancer Registries (NAACCR), researchers led by Rebecca Siegel, MPH found that during the most recent decade of data (2001 to 2010), overall incidence rates decreased by an average of 3.4 percent per year. However, trends vary substantially by age. Rates declined by 3.9 percent per year among adults aged 50 years and older, but increased by 1.1 percent per year among men and women younger than 50. That increase was confined to tumors in the distal colon and rectum, patterns for which a rise in obesity and emergence of unfavorable dietary patterns has been implicated.

Most strikingly, the rate of decline has surged among those 65 and older, with the decline accelerating from 3.6 percent per year during 2001-2008 to 7.2 percent per year during 2008-2010. The “larger declines among Medicare-eligible seniors likely reflect higher rates of screening because of universal insurance coverage,” the authors write. “In 2010, 55 percent of adults aged 50 to 64 years reported having undergone a recent colorectal cancer screening test, compared with 64 percent of those aged 65 years and older.”

“These continuing drops in incidence and mortality show the lifesaving potential of colon cancer screening; a potential that an estimated 23 million Americans between ages 50 and 75 are not benefiting from because they are not up to date on screening,” said Richard C. Wender, M.D., American Cancer Society chief cancer control officer. “Sustaining this hopeful trend will require concrete efforts to make sure all patients, particularly those who are economically disenfranchised, have access to screening and to the best care available.”

The data is being released at the launch of a nationwide effort to increase colorectal cancer screening rates to 80% by 2018. Public health leaders, including Assistant Secretary for Health Howard Koh, MD, MPH and American Cancer Society CEO, John R. Seffrin, PhD will join dozens of members of the National Colorectal Cancer Roundtable (NCCRT) at the National Press Club in Washington, D.C. on March 17th at 1:00 PM EDT. The NCCRT, an organization co-founded by the American Cancer Society and the U. S. Centers for Disease Control and Prevention, will focus on dramatically increasing colorectal cancer screening rates in the U.S. over the next four years, and increasing awareness of the potential for early detection and prevention of this cancer.

An ingestible pill camera to help screen for polyps and early signs of colon cancer has been approved for use in the U.S.

Given Imaging Ltd.’s PillCam Colon was originally touted as an alternative to traditional colonoscopy procedures, but the company’s research found images taken by the mini-camera aren’t as clear as those taken during the more invasive procedure.

The U.S. Food and Drug Administration approved the device for patients who have experienced an incomplete colonoscopy. The company estimates 750,000 U.S. patients are not able to complete the procedure each year, due to anatomy issues, previous surgery or various colon diseases.

“Colonoscopy is the most comprehensive option, but for up to 10 per cent of individuals, achieving a complete colonoscopy may not be possible,” Eric Hargis, CEO of the Colon Cancer Alliance, said in a release.

In 2001, Given Imaging received FDA approval for a similar device that images the small intestine.

The newly approved capsule has two miniature colour video cameras, a battery and light source. Once the patient ingests the capsule, it is designed to transmit images for about 10 hours.

Data is transferred from the device to a computer to be compiled. A doctor later reviews and reports the results.

Risks of the procedure include capsule retention, aspiration and skin irritation. Before the capsule is excreted, patients should not be near powerful electromagnetic fields, such as those created by an MRI device.

The PillCam Colon is commercially available in Canada, Japan, Europe, Latin America, Australia and parts of Asia and Africa.

Given Imaging also develops technology to visualize, diagnose and monitor the digestive system, including with its PillCam, a swallowed capsule endoscope.

A report by the Canadian Partnership Against Cancer suggested that in 2011, half of Canadians aged 50 to 74 surveyed said they were up to date with their colorectal cancer screening — a fecal occult blood test in the past two years and colonoscopy in the past five years.

A review of 19 studies published in Monday’s online issue of the Annals of Internal Medicine concluded FITs have high overall diagnostic accuracy for colorectal cancers.

About 23 million American adults have failed to receive the recommended screening for colorectal cancer (CRC), according to a report today from the Centers for Disease Control and Prevention (CDC). However, researchers say people are more likely to get the potentially lifesaving tests if they are offered a choice of methods.

The proportion of U.S. adults who are up to date with their recommended CRC screenings increased from 54 percent in 2002 to 65 percent in 2012, according to the report. Researchers attribute this to an increased use of colonoscopies, in which a physician uses a flexible, lighted tube to search the rectum and entire colon for polyps and cancers – many of which can be removed during the procedure.

But during the same 10-year time period, two other recommended tests declined in use: sigmoidoscopy and high-sensitivity fecal occult blood testing (FOBT). A sigmoidoscopy is similar to a colonoscopy, but the doctor performing it uses a shorter tube to examine the rectum and lower third of the colon. With FOBT, a patient collects a small stool sample at home and mails it to a laboratory to test for traces of blood.

Many doctors recommend colonoscopy to their patients because it provides the most complete view of the colon. But it’s also the most invasive of the recommended CRC tests and requires patients to undergo a strict diet the day before screening to help empty the colon.

Research suggests patients who choose FOBT are more likely to complete the test than those who choose colonoscopy. Therefore, federal health officials suggested that doctors offer all recommended CRC tests and identify a screening strategy that their patient is most likely to follow.

Rather than viewing colonoscopy as a rite of passage for everyone reaching their 50th birthday, researchers believe more adults will get screened for CRC if they’re encouraged to choose from a menu of strategies.

Among adults who are up to date on their recommended CRC screening, 62 percent use colonoscopy, according to the CDC report. Just over 10 percent use FOBT, and less than 1 percent use a combination of sigmoidoscopy and FOBT.

“If someone has a strong family history of colon cancer or has polyps or a personal history of a disease such as inflammatory bowel disease, then colonoscopy is clearly preferred,” said Dr. Tom Frieden, director of the CDC. “However, for everyone else – and that’s the great majority of people – there is no proven benefit of one versus the other approach.”

Frieden added that the tests are not completely unrelated. For example, patients whose stool samples test positive for blood through FOBT are generally referred to undergo colonoscopies as a follow-up procedure.

Colorectal cancer claims approximately 50,000 lives in the United States each year and is the leading cause of cancer deaths among nonsmokers. However, public health officials say many of these lives could be saved through early detection if more people selected a screening plan and followed through with it.

“The best test is the test that gets done,” Frieden said.