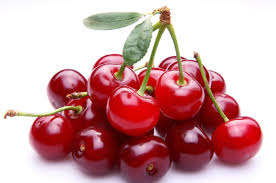 Researchers have said that cyclists who drank Montmorency tart cherry juice concentrate before a three-day simulated race experienced less inflammation and oxidative stress compared to those who drank another beverage.

On days five, six and seven, the participants performed prolonged, high-intensity cycling intervals – exercise that was designed to replicate the demands of a three-day race.

The researchers collected blood samples and found that markers of inflammation and oxidative stress were significantly lower in the cyclists who consumed the tart cherry juice concentrate compared to those who did not.

At one point during the trial, oxidative stress was nearly 30 percent lower in the tart cherry group compared to the other group.

Strenuous exercise can cause temporary inflammation and oxidative stress that can lead to muscle damage, muscle soreness and reduced capacity to recover quickly, explains research lead Glyn Howatson, Ph.D., laboratory director at the Department of Sport, Exercise and Rehabilitation at Northumbria University. He attributes the recovery benefits shown in the study to the natural compounds in Montmorency tart cherries. One of the natural compounds found in Montmorency tart cherries is anthocyanins.

The study has been published in the journal Nutrients. 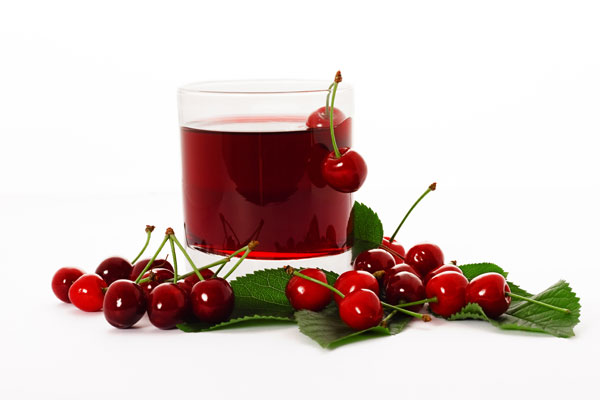 A glass of cherry juice every morning is believed to boost sleep time for older people by 90 minutes and is a better alternative to sleeping pills, research suggests.

Two glasses a day of cherry juice can ensure a better night’s sleep, according to a new study.

Among older people, a glass of the juice every morning and evening can boost sleep time by nearly 90 minutes.
Researchers gave participants cherry juice every day over two weeks to discover its affect on people who suffer from insomnia.
Insomnia is a common health problem among older adults, affecting up to one in three people over 65. It is defined as trouble sleeping on average more than three nights per week. If long-lasting, it can seriously damage health.

It is linked to a higher chance of long-term pain, high blood pressure, diabetes, a decline of mental functions and even dementia.

Dr Frank Greenway, the study leader, of Louisiana State University, warned against older people taking sleeping pills to combat insomnia. He said that such medications, “quadruple the risk of falling, which can lead to broken hips and, often, earlier death”.

In an experiment, seven adults with an average age of 68 with insomnia drank eight ounces of cherry juice twice daily for two weeks, followed by a two-week break, then two weeks when they took a placebo drink.
They were observed to see how quickly they fell asleep and how long they stayed sleeping. Participants also completed questionnaires related to sleep, fatigue, depression and anxiety.

Researchers found that those who drank a sour cherry juice in the morning and at night were able to sleep an average of 84 minutes more each night, compared to those who drank a placebo. In addition, their sleep was less disrupted.

Sour cherries are a natural source of melatonin, a hormone that helps regulate the sleep-wake cycle.
The study team believe the naturally occurring red pigments in sour cherry juice, known as proanthocyanidins, also play a role because they produce chemicals that help with sleep.

The findings were presented at the annual meeting of the American Society of Nutrition in San Diego, California.