Dr M R Rajagopal, a leading palliative care physician from India who, for more than 20 years, has battled conditions that cause patients to suffer severe pain unnecessarily, has been selected as one of the four 2014 recipients of the Alison Des Forges Award for Extraordinary Activism, Human Rights Watch said 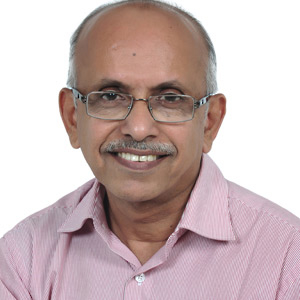 As clinician, academic, and activist, Dr Rajagopal is a global force behind efforts to promote and put into practice palliative care as a human right. He built the world’s most successful community-based palliative care programme, and he and his organization, Pallium India, played a key role in convincing India’s government to make morphine accessible, according to a statement by Human Rights Watch.

Human Rights Watch honours Dr Rajagopal for his efforts to defend the right of patients with severe pain to live and die with dignity, the statement said.

The other three courageous and tireless advocates for human rights who have been selected for the award are Shin Dong-Hyuk from North Korea, Father Bernard Kinvi from the Central African Republic and Arwa Othman from Yemen.

According to Human Rights Watch, the winners are leading voices for justice in their countries, working relentlessly to protect the rights and dignity of others. They will join one past international recipient of the award as they are honoured at the Human Rights Watch ‘Voices for Justice’ Annual Dinners held in 20 cities worldwide in November 2014 and March-April 2015.

“The Alison Des Forges Award honours people of extraordinary compassion and courage who work on behalf of some of the world’s most vulnerable people,” said Kenneth Roth, executive director of Human Rights Watch. “The award winners have spoken out and intervened in the face of opposition, indifference, and at times life-threatening danger.”

The award is named for Alison Des Forges, senior adviser at Human Rights Watch for almost two decades, who died in a plane crash in New York State on February 12, 2009. Des Forges was the world’s leading expert on Rwanda, the 1994 genocide, and its aftermath. The Human Rights Watch annual award honours her outstanding commitment to, and defence of, human rights. It celebrates the valour of people who put their lives on the line to create a world free from abuse, discrimination, and oppression. 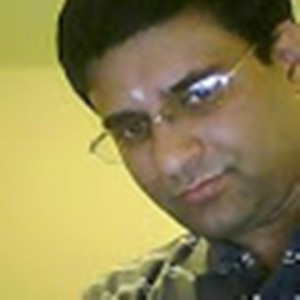 Dr Praveen Kaudlay, a clinical haematology specialist registrar based in the UK, has been awarded with Abstract Achievement Award by the American Society of Haematology for his work as a first author on bone marrow failure condition called as paroxysmal nocturnal haemoglobinuria.

The award was presented, along with the paper presentation, at the 55th annual American Society of Haematology conference held in New Orleans, US from December 7 to 10.

Each year, the American Society of Haematology, offers merit-based Abstract Achievement Awards to select individuals to acknowledge the accomplishments of haematologists-in-training. This year’s Abstract Achievement Awards recognize undergraduate students, medical students, graduate students, resident physicians, and post-doctoral fellows who are both first author and presenter of an abstract.

Discussing about his paper with India Medical Times, Dr Kaudlay said, “The work was on bone marrow failure condition called as paroxysmal nocturnal haemoglobinuria. We looked at polymorphism in a complement molecule as these patients despite being treated with a drug, Eculizumab, tend to have haemolysis (blood getting destroyed inside the circulation). The study also included testing a molecule that blocks complement C3 in-vitro. The main investigator for this work is Prof Peter Hillmen, based at St James University Hospital at Leeds. I am the first author for the paper. Nearly 3,000 abstracts are submitted from around the world in this high profile conference attended by more than 20,000 delegates from all parts of the world.”

A graduate from Bangalore Medical College, Dr Kaudlay holds an interest in blood disorders and bone marrow failure syndromes and stem cell transplantation, which are quite common in India. He finished his postgraduation in General Medicine from India before going to the UK in 2003.

Talking about his future plans Dr Kaudlay said, “My future plan is to take research work that is of direct interest to India in blood disorders and bone marrow transplantation as Indians have different genetics compared to the Caucasians where most of the research are done. We have a large burden of thalassemia and sickle cell disease whose management needs to be improved. Bone marrow cancers are now being detected more than before needing novel chemotherapy drugs and stem cell transplantation. Indigenous research with Indian subjects needs to be pursued more to have a strong database to apply for treatment modalities.”

“My personal ambition is to develop a bone marrow donation registry which is as robust as in the West as patients of the Indian origin both within and outside India are struggling to find suitable match as lifesaving one marrow transplantation for many malignancies. There is a dire need to work along to develop the registry involving Indian population. The specialty of Haematology needs to be developed further to attract international trials and research in India,” he added.