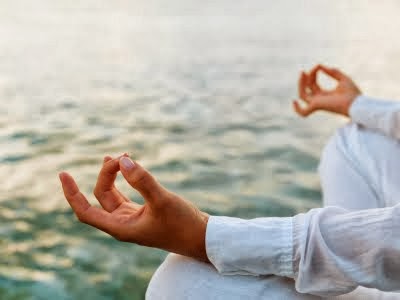 Meditation has been used for centuries, but its benefits have been primarily anecdotal, whether it’s a Tibetan monk blocking out pain to walk across hot coals or a college student meditating to cope with the loss of a loved one.

Now, researchers at Johns Hopkins University have applied scientific analysis to the practice and found that mindfulness meditation programs, which promote heightened awareness, can help with common mental health problems.

The study, published in the journal JAMA Internal Medicine, found measurable evidence of improvement in anxiety, depression, pain, and stress after eight weeks of treatment.

“For example, the effect size for the effect on depression was 0.3, which is what would be expected with the use of an anti-depressant,” the researchers said.

To come to these conclusions, researchers evaluated existing studies on meditation and rated them based on scientific standards of bias risk, precision, directness, and consistency. In the end, they analyzed 47 randomized clinical trials with a total of 3,515 participants.

Dr. Kevin Barrows, director of mindfulness programs at the University of California, San Francisco’s Osher Center for Integrative Medicine, said the study’s findings were “not surprising, but affirming.” He said that meditation often receives unfair criticism because studies on its effectiveness do not always meet the rigorous scientific standard of research.

“This a refutation of that,” Barrows, who was not involved in the JAMA study, told Healthline. “This is a scientifically rigorous study. It does corroborate the efficacy of mindfulness.”

What Is Mindfulness Meditation?
Mindfulness meditation, or vipassana, involves periods of time spent becoming more aware of one’s body and surroundings. It can be as simple as counting your breaths with your eyes closed, but to get the full benefits, it takes practice.

The goal of this kind of meditation is to simply be aware of the full circumstances of being alive.

In the book Mindfulness in Plain English, the Ven. Henepola Gunaratana, a Buddhist monk from Sri Lanka, writes that the goal of meditation is not to change the world around us, but to control our reaction to it.

“Vipassana is a form of mental training that will teach you to experience the world in an entirely new way. You will learn for the first time what is truly happening to you, around you, and within you,” Gunaratana wrote. “It is a process of self-discovery, a participatory investigation in which you observe your own experiences while participating in them, and as they occur.”

Mindfulness meditation has been used as a complimentary therapy for mental problems for generations, but the new empirical evidence may help the practice become more widely accepted in the mainstream health field.