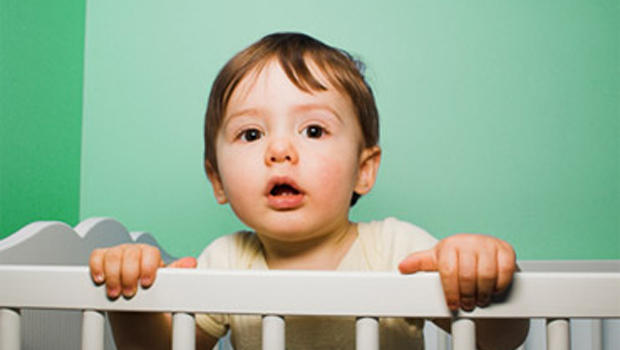 Debates over the toxicity of chemicals like lead and mercury have long been extinguished, but mounting research into flame retardant has ignited a deeper probe of man-made chemicals.

Learning deficits and decreased IQ in children has been linked to synthetic chemicals once commonly used in household items to prevent fire, according to a new study out of British Columbia’s Simon Fraser University.

The study, published online Wednesday in the journal Environmental Health Perspectives, found a 4.5 drop in IQ and greater hyperactivity in five-year-olds was associated with their mother’s exposure to flame retardants during early pregnancy and after the babies were born.
The research joins five other international studies highlighting the potential dangers of polybrominated diphenyl ethers, known as PDBEs, which were once widely used in products like couches, carpets and car seats.

“Let’s set a regulatory framework in place to make sure these products, these chemicals, are safe before they’re marketed to children and pregnant women.”

The study started 10 years ago as realization donned that chemical compounds throughout the consumer market had little research answering questions about their safety. The researchers tested blood, urine and hair samples of 309 women and their children in Cincinnati, Ohio, starting from 16 weeks of pregnancy and until their children were five.

In 2004, manufacturers in the U.S. and Canada began voluntarily withdrawing PBDEs from their formulas, while further concerns over harmful effects on wildlife and mammals prompted a United Nations body to ban two of three commercial PBDEs in 2009.

Two problems, however, still persist. Many household goods produced over the past three decades remain in homes and offices with potential to leach toxins, while the industry is replacing the old synthetics with new without accompanying research.

“It’s not simply about the flame retardants,” Lanphear said. “If we replace them with a chemical that hasn’t been sufficiently studied and it turns out to be toxic, have we really solved the problem?”

But as the trend away from chemicals continues to grow in popularity, especially on the West Coast, the industry points out that safety was the original intention behind their inclusion in manufactured products.

“Flame retardants currently in commerce help save lives and provide an important layer of fire protection to families,” said Bryan Goodman, with the North American Flame Retardant Alliance, based in Washington, D.C.
He said in a statement that flame retardants, like all chemicals, are subject to review by the Environment Protection Agency and other regulatory agencies in the United States and around the world.

“It is still important to view the study with caution and consider the limitations of the research conducted when evaluating its conclusions,” he added.

Precaution is warranted, Lanphear said. Policy-makers should start by assuming chemicals have the potential to be toxic, and move to implement a system that scientifically examines their potential for consequence before manufacturer’s clearance, he advised.

In the short-term, expectant mothers and parents would be prudent to toss old furniture and tear up carpets in favour of wood surfaces that can easily be cleaned, he said. At least one new chemical is currently being used in the market to safeguard against flames, he noted.

The federal government has regulations in place aimed at insulating the country’s environment from risks associated with PBDEs, preventing their manufacture and restricting their use in Canada.

“These actions … will contribute to ensuring that the Canadian environment is protected and that Canadians’ exposure to these substances is minimized,” reads a statement on Environment Canada’s website.