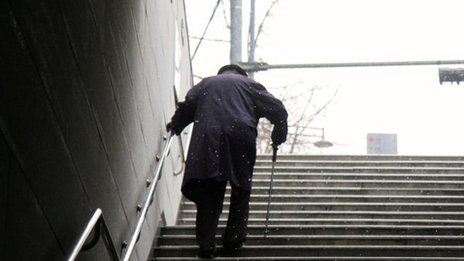 Centenarians have found a way to beat the common diseases of old age, such as cancer and heart disease, research suggests.

The study by King’s College London found they were more likely to die of infections such as pneumonia, unlike younger groups of elderly people.

Researchers said 28% of 100- to 115-year-olds died of “old age” and a fifth of pneumonia. Cancer claimed the lives of fewer than 5% and heart disease fewer than 9%.

The study was based on an analysis of 36,000 death certificates. By comparison, these diseases were the most common reasons for death among the 80- to 84-year-old age group, with cancer responsible for 25% of deaths and heart disease nearly a fifth.

“Centenarians have outlived death from chronic illness, but they are a group living with increasing frailty and vulnerability to pneumonia and other poor health outcomes.

“We need to plan for healthcare services that meet the ‘hidden needs’ of this group, who may decline rapidly if they succumb to an infection or pneumonia.

“We need to boost high-quality care-home capacity and responsive primary and community health services to enable people to remain in a comfortable, familiar environment in their last months of life.”

The study, published in the journal PLOS Medicine, said this was going to become even more important as the number of centenarians increased.

According to latest Office for National Statistics data, there are more than 13,000 centenarians living in the UK, but by 2066 that number is expected to increase to more than 500,000.

The researchers pointed out that, in the UK, far fewer very old people ended up dying in care homes compared with other European countries, such as the Netherlands and Finland.

Dr Evans added: “Hospital admission in the last weeks of life accounts for a third of the total cost of end-of-life care per patient.”