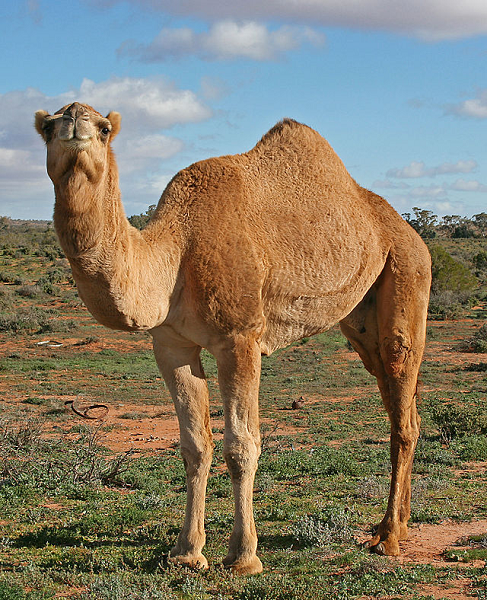 While camel milk may have just broken onto the skin care industry scene, farmers in the Midwestern and Mid-Atlantic states believe that the high protein, low cholesterol beverage could very well be the next big health drink craze.

According to Outside Magazine, “Although lower in vitamins A and B2 and higher in fatty acids than cow milk, camel milk offers 10 times as much iron, three times as much vitamin C, and wins by a mile in the mineral department. What makes it a strong makeup component-hardy antibody proteins-is also attractive to food producers.”

Farms in states such as Indiana, North Carolina, Ohio and Pennsylvania are in the incipient stages of raising 5,000 single-humped dromedaries and double-humped Bactrians, two of the world’s most successful camel species.

The farmers taking part in raising these camels wellness and organically inclined, and they are all looking for the most natural way to boost our bodies’ immunities and energy levels

“Epigenetics suggest that we can actually change our genes by how we live. Right now in modern society, we are like polar bears released into a Death Valley environment,” said Frank King, a North Carolina-based doctor. “When people connect with nature, they feel better, and wild is better.”

Camel milking is also calmer and less mechanized than milking cows. King’s 23 camels wander his premises until it is time for them to be milked by hand. The bad news for U.S. farmers is that they can’t sell the milk in an entirely natural state. King “flash pasteurizes” his milk because federal law requires this of milk sold across state lines. The Food and Drug Administration approved camel milk for commercial sale in 2009, but testing is still being conducted.

Camel milk is just the first step in the quest for more nutritious animal milks. King is looking into the milks of the African Watusi, white buffalo, bison and Himalayan yak.

Some estimates put camel milk at being a $10 billion industry in the future. Camels do not produce a lot of it, however, so farmers expect they could charge up to $60 for a liter of camel milk.