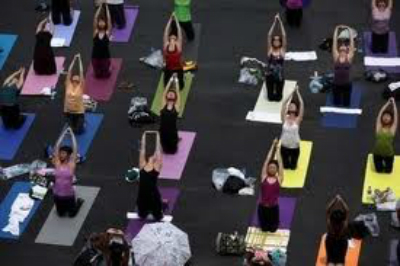 Fatigue can be a big challenge for cancer survivors.

“Even some years out from breast cancer treatment, anywhere from 30 to 40 percent of women report substantial levels of fatigue,” said study author Janice Kiecolt-Glaser, a professor of psychology and psychiatry at Ohio State University in Columbus.

That may be due, in large part, to disrupted sleep. As many as 60 percent of cancer survivors say they have trouble sleeping, she noted, a rate that’s two to three times higher than their cancer-free peers.

The end result is that many cancer survivors end up trying to drag themselves through their days.

Kiecolt-Glaser, who studies the health effects of stress, wanted to see if it was possible to stop that cycle.

She and her colleagues, including her husband and research collaborator, Ronald Glaser, recruited 200 women aged 27 to 76 who were new to yoga and had finished treatment for breast cancer within the last three years. They had to be at least two months past their last treatment and otherwise healthy to participate.

The women were randomly assigned to one of two groups. The first group practiced the gentle, flowing poses of Hatha yoga for two 90-minute sessions each week for three months. The second group was placed on a waiting list.

Before and after the study, all the women answered detailed questions about their energy and vitality, mental health, the kind of support they felt they were getting from friends and family, their sleep, how active they were and even their diet. Researchers also performed blood tests to measure markers of inflammation.

The differences weren’t immediately apparent. After three months of practice, women in the yoga group reported that they had more vitality and were sleeping better, compared to the group that was waiting to take the class.

And after their group sessions ended, most who were taking yoga gradually stopped practicing. Their physical activity went back to the level it was when they signed up for the study. Despite that, they continued to improve.

At the six-month mark, the women practicing yoga reported about 60 percent less fatigue than the women on the waiting list, and their measures of inflammation were 13 percent to 20 percent lower.

The longer they practiced yoga, the greater their improvements, Kiecolt-Glaser said.