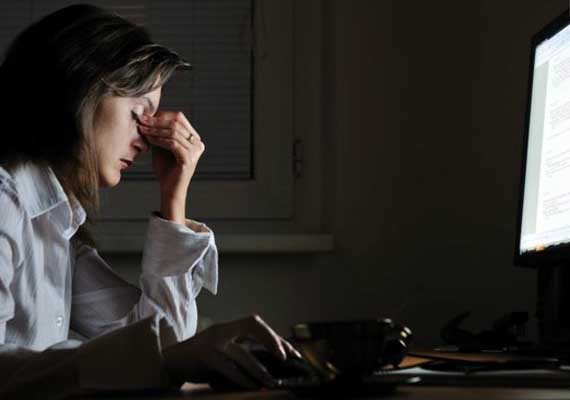 It is already known that working the graveyard shift can negatively impact health, and the body of evidence continues to grow. Now, researchers have shown that forced nocturnalism may affect the brains’ internal clock in a way that’s similar to Alzheimer’s disease.

The circadian system in mammals orchestrates the daily rhythms of activity and sleep with day and night. Disrupting this cycle throws off physiological balance, and can lead to increased risks of heart disease and diabetes in people.

But until now little has been known about how shift work alters the brain’s master timekeeper.

To test the effects of working late, researchers put rats through a simulated work week. Seven rats worked during their typical nocturnal active period, while 12 others were made to work days instead. Both sets of rats logged a typical 5-day work week with weekends, and stayed on the grind for five weeks.

Researchers simulated “work” by placing rats on slowly rotating drums, which required the rats to stay awake and move, but didn’t overexert them. After their shifts, researchers monitored rats’ movements with motion sensors to test for abnormalities.

Within two weeks, rats working the graveyard shift gained a significant amount of weight as their post-work activity decreased. Their activity levels were also more erratic, fluctuating from unpredictable highs to lows. Rats that worked a typical week didn’t change their behavior. Further, a two-day weekend wasn’t enough time to recover from behavioral changes resulting from working the night-shift.

Researchers determined by measuring post-work activity levels that these changes occurred in rats’ biological clock, or master circadian pacemaker, which is located within the brain. The disruption was so pronounced that the rats’ behavior resembled animals that had had that region severed. For a human analogy, the rats’ symptoms stemming from a dysfunctional circadian clock were similar to a person diagnosed with dementia.

Researchers published their findings Tuesday in the Journal of the Royal Society Interface.