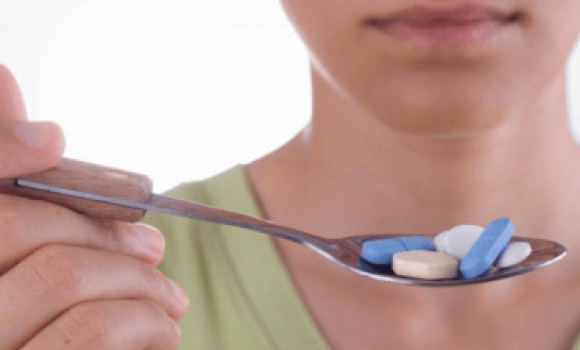 You’re sick. You’re not sure what it is, but you know you would really love for this achy feeling, stuffed up head, or painful cough to go away. So you go to the doctor — and demand drugs. If recent research is any indication, your physician will likely prescribe you an antibiotic, even if he or she knows it won’t make you better any faster.

“Research has shown that several common infections do not require antibiotics. Yet we continue to unnecessarily take them,” said Amanda Helberg, a physician assistant at Scott & White Lago Vista Clinic in Lago Vista, Texas. “This overuse of antibiotics has led to ‘superbugs,’ and now bacterial resistance is on the rise.”

A letter published this week in the Journal of the American Medical Association shows doctors prescribe antibiotics for acute bronchitis approximately 70% of the time, despite decades of evidence demonstrating that these drugs don’t work against respiratory illness.

“Despite clear evidence, guidelines, quality measures and more than 15 years of educational efforts stating that the antibiotic prescribing rate should be zero … physicians continue to prescribe expensive, broad-spectrum antibiotics,” write Dr. Michael Barnett and Dr. Jeffrey Linder with Brigham and Women’s Hospital in Boston.
Save yourself some money at the doctor’s office by knowing which common ailments require antibiotics, and which ones don’t:

Cold and flu
Upper respiratory infections, better known as the common cold, and influenza are caused by viruses. Antibiotics only kill bacteria.
“Antibiotics are not needed and are of no benefit” for cold and flu, said Dr. John Joseph, a family medicine physician at Scott & White Killeen Clinic in Killeen, Texas.

The best way to prevent the flu is to get vaccinated every year, according to the Centers for Disease Control and Prevention. If you’ve already got it, talk to your doctor about taking an antiviral drug to speed your recovery.

Colds usually last seven to 10 days, Helberg said, and will go away on their own with plenty of rest and fluids. You can take over-the-counter medications to relieve some of the symptoms.

Bronchitis
As the journal letter mentions, “acute bronchitis in otherwise healthy adults does not need to be treated with antibiotics,” Joseph said. But there are exceptions. “Patients with complicating factors such as emphysema or chronic obstructive pulmonary disease (COPD) may receive antibiotics since these patients are more susceptible to developing secondary bacterial infections,” he said.

Ear infections
It’s probably best to let your doctor make the call on ear infections.
Ear infections can be caused by viruses or bacteria, and “the only definitive method for determining the cause of the ear infection is to puncture the eardrum and culture the fluid,” Joseph said. “In the U.S., most physicians treat with antibiotics instead of obtaining the culture.” Some doctors recommend first waiting to see if the infection clears up on its own, according to WebMD, but others worry that letting bacteria go untreated could do more damage.

Pneumonia
Pneumonia can be caused by a variety of things: bacteria, viruses and fungi, according to Mayo Clinic. Antibiotics will work if the doctor has identified the specific type of bacteria causing your infection. Antiviral medications can also be used to treat viral pneumonia.

Sinus Infection
Sinusitis is inflammation of the sinuses, according to the Cleveland Clinic. The infection can be bacterial, viral or fungal, or due to allergies. Most sinus infections are caused by viruses, Joseph said, and do not require antibiotics. Once again, there are exceptions.

Your doctor may prescribe antibiotics if the symptoms are severe and include high fever along with nasal drainage and a productive cough. Antibiotics may also be necessary if you feel better after a few days and then your symptoms return, or if the infection lasts more than a week.

Strep throat
Strep throat is a bacterial infection, and as such, antibiotics are required to fight it, Helberg said. But only a tiny portion of sore throats are actually strep throat, so make sure your doctor makes the right diagnosis based on a physical exam and lab test.

Bottom line
“Consult your doctor or physician assistant when you feel ill,” Helberg said. “Do not take leftover medication for a new infection, do not share antibiotics, and do not take antibiotics for a virus.”