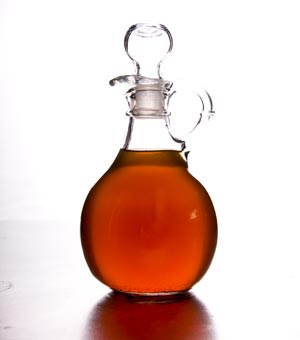 A new study has found that the active ingredient in vinegar, acetic acid, might be used as an inexpensive and non-toxic disinfectant against drug-resistant tuberculosis (TB) bacteria as well as other stubborn, disinfectant-resistant mycobacteria.

“Mycobacteria are known to cause tuberculosis and leprosy, but non-TB mycobacteria are common in the environment, even in tap water, and are resistant to commonly used disinfectants. When they contaminate the sites of surgery or cosmetic procedures, they cause serious infections. Innately resistant to most antibiotics, they require months of therapy and can leave deforming scars,” senior author on the study, Howard Takiff, from Venezuelan Institute of Scientific Investigation (IVIC) in Caracas, said.

Testing a drug that needed to be dissolved in acetic acid, Cortesia found that the control, with acetic acid alone, killed the mycobacteria she wanted to study.

It was found that exposure to 6 percent acetic acid, just slightly more concentrated than supermarket vinegar, for 30 minutes, reduced the numbers of TB mycobacteria from around 100 million to undetectable levels.

The study was published in the journal of the American Society for Microbiology.