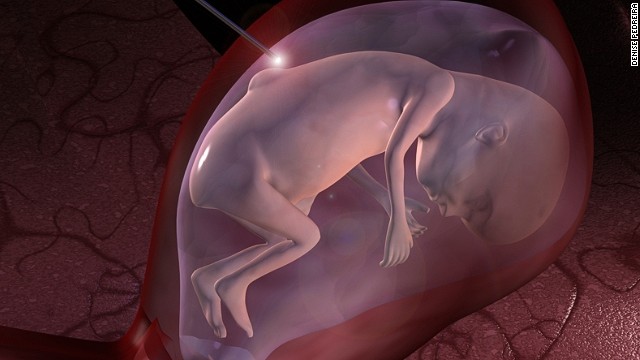 Some birth defects in newborns could one day be a thing of the past due to new robotics technologies being developed to perform surgery on babies in the womb.

Spina bifida is one such disease, affecting approximately 1 in 2,500 newborns worldwide, where a lesion on the back leaves the spinal cord exposed in the womb, leading to severe disabilities, learning difficulties, and sometimes death.
The best option is to perform surgery to correct the problem before the baby is born but the complexities of such a procedure mean this currently only takes place in five countries worldwide. Most countries instead perform surgery after a child is born, but when the majority of damage has been done.

To reduce the risk involved in fetal surgery, scientists at University College London (UCL), and KU Leuven in Belgium are developing a miniscule robotic arm to enter the womb with minimum disruption to mother and baby. The robotics are targeting spina bifida but also lesser known conditions such as twin-twin transfusion syndrome, where blood passes unequally between twins who share a placenta, and fetal lower urinary tract obstruction, where babies are unable to urinate in the womb and their bladders become large and distended. 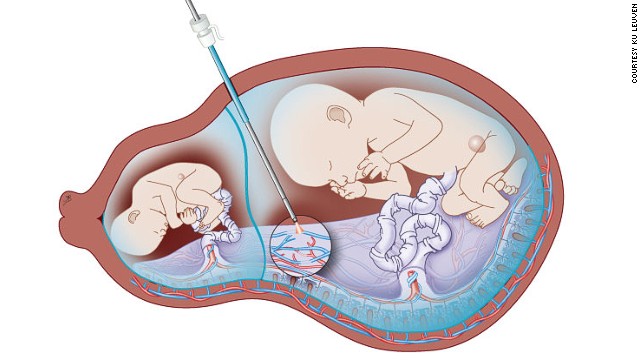 Surgery on fetuses has been effective in treating some conditions to date, but for spina bifida, the risks to mother and baby mean surgery is currently only performed in a handful of countries, where specialist teams exist.

“Most birth defects can be prevented if we can intervene earlier,” says Professor Sebastien Ourselin, from the UCL Center for Medical Image Computing, who is leading the new research project. “But currently, surgical delivery systems are not available and operating on babies in the womb is reserved for just a handful of the most severe defects as risks are too high.”

Ourselin’s team plans to develop a small three-armed robot, no more than 2 cm wide, to allow more surgeries to take place, as part of a $17 million project funded by the Wellcome Trust and Engineering and Physical Sciences Research Council. 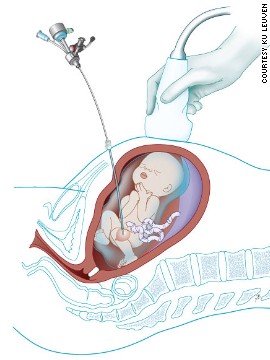 The device will consist of a photoacoustic camera that provides 3D imaging of the fetus in real time, which will help guide two flexible arms to deliver gels or patches to seal the gap in the spine of babies with spina bifida. If successful, the arms will be developed with more dexterity and degrees of freedom to perform surgery themselves and treat further conditions such as congenital heart disease. They may even deliver stem cells as stem cell therapies progress. Once entry into the womb becomes safe, the potential is huge.

In countries where fetal surgery is currently performed, surgeons cut into the mother’s womb before 26 weeks of pregnancy, but there are health risks, side effects to mothers and risks of pre-term labor. 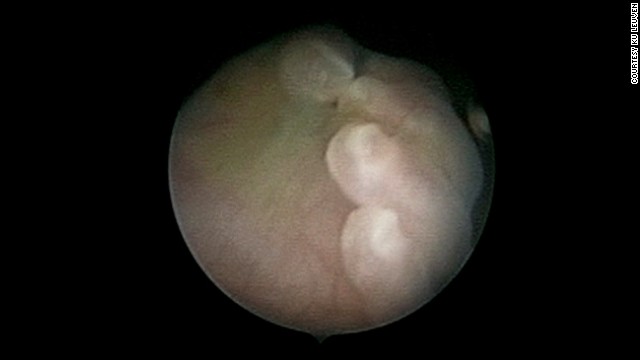 “Where surgery is available in Europe, people are reluctant and fearful of the side-effects,” explains Dr. Jan Deprest, who is leading the work at KU Leuven and has patients declining surgery quite regularly. “Robotic surgery is becoming popular these days and we need to take advantage of that and improve not only the number of patients choosing surgery but also improve the freedom with which we can operate using these flexible probes.” 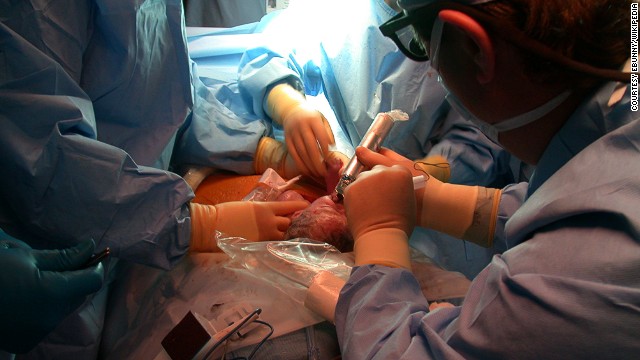 To have the best effect, surgery must take place before 26 weeks to prevent damage to the exposed spinal cord and the resulting disability. Ourselin wants to go in even earlier.

“We want to go in at 16 weeks to provide the greatest benefit to patients and no one is doing this yet,” concludes Ourselin. “The most important thing is to reduce the invasiveness of the procedure as you want to avoid causing pre-term labor. If we can make this possible, we want to expand treatment to be possible for all diseases which are already present at birth.”