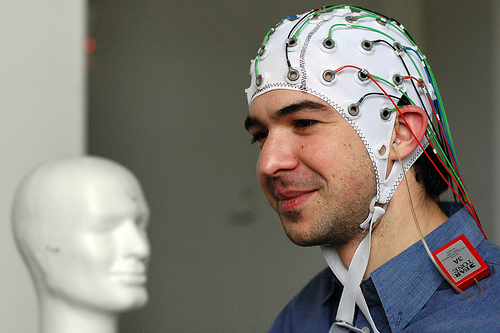 Scientists in Sweden have invented a helmet that can identify whether a person has experienced a stroke, the BBC reports.

The headwear can further determine what kind of a stroke has occurred, allowing doctors to quickly diagnose and treat patients.

The helmet works by bouncing microwaves off a person’s brain and identifying whether there’s a bleed or a clot within it. Initial tests, involving 45 patients, proved successful. The helmet’s inventors now plan to roll the device out to ambulance teams and eventually put the technology in pillows as well.

At present, doctors treating stroke victims need to determine whether a clot or a leaking blood vessel caused the stroke. A CT scan is able to show this, but CT scanners aren’t available in every hospital and a scan can take time to set up. Delays in stroke treatment can be serious — brain tissue can begin to die if more than four hours passes between a stroke and treatment. The microwave helmet could reduce such delays, though researchers say more testing is required.

Some doctors have suggested that the helmet won’t completely replace other forms of diagnosis.

Dr. Shamim Quadir from the UK’s Stroke Association said that “while this research is at an early stage, microwave-based systems may become a portable, affordable, technology that could help rapidly identify the type of stroke a patient has had, and get them treated faster.”