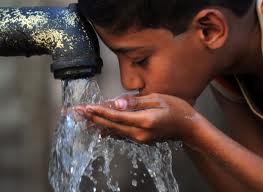 How Water Borne Disease Transmitted?
Most of the people get infected when the contaminated material enters their mouth. Other possible modes of transmission include:

Ways to Avoid These Diseases
In order to prevent infectious water borne diseases, it is important to take necessary precautions. The quality of water should be improved at the source itself. In certain areas, the quality of water supply might be of question. In such cases, it is necessary to disinfect the water before use. Water that is used for all purposes like drinking, cooking, and brushing of teeth should be disinfected properly. The common household ways to avoid water borne diseases by disinfection include:

Another important measure that should be taken to avoid the spreading of pathological microorganisms is the interruption of routes of transmission such as protecting food from flies, chlorination of water, and maintaining proper sanitation, etc. It is vital to change ensure proper hygiene in order to avoid waterborne diseases.

Travelers are most likely to contract water borne illnesses, and here are certain tips that can help to lessen the chances of getting ill.

Source: home remedies for you Handling receipts may increase the body’s level of a chemical that has been linked to reproductive and neurological problems, suggests a new small study.

The researchers write in the Journal of the American Medical Association that bisphenol A – commonly known as BPA – typically enters the body when people eat food from a can. But it can also be absorbed through the skin from receipts, according to the study’s lead author.

“It’s not the main source of exposure, but it’s an additional source that wasn’t previously recognized,” said Dr. Shelley Ehrlich of the Cincinnati Children’s Hospital Medical Center in Ohio.

BPA is used in the process of making hard plastics, and has been banned from use in manufacturing baby bottles. The chemical is also used in the interior lining of many food cans. The chemical can leach into foods that are stored in such containers and eventually end up in the body when people eat the food. More recent research has found that people can also end up with increased BPA levels after touching materials containing the chemical.

BPA is in thermal paper, which used to be a mainstay in fax machines and is still commonly used for receipts. Thermal paper is coated with a material that turns black when heat is applied. At the cash register, the printer applies small amounts of heat to create numbers and letters.

BPA is chemically similar to the hormone estrogen, and is thought to mimic that hormone’s effects in the body, making it a member of a class of chemicals known as “endocrine disruptors.”

In the past, BPA has been linked to a number of health problems, including reproductive disorders and brain development anomalies among children exposed in the womb. Higher levels of BPA in urine have also been tied to an increased risk of obesity among children.

For the new study, Ehrlich and her colleagues recruited 24 Harvard School of Public Health students and staff between 2010 and 2011. The participants were at least 18 years old and not pregnant. First, the participants were asked to handle receipts for two hours with their bare hands. After at least one week, they were asked to handle receipts again while wearing gloves.

Before they handled the receipts, the researchers found that 20 of the 24 participants’ urine samples had small but measurable amounts of BPA. After the first experiment, BPA was present in all urine samples, though at levels that remained within national averages.

The concentration of BPA in the urine samples had increased, though by an amount equivalent to about a quarter of what would be expected from eating canned soup, for example.

After waiting a week and having the participants handle receipts for two hours while wearing gloves, the researchers found no significant increase in the BPA levels in the participants’ urine samples afterward.

Ehrlich said the average person should not be alarmed by the findings, but cashiers and bank tellers who handle receipts throughout the day may want to take precautions – especially if they’re pregnant or of child-bearing age.

“Handle receipts with care,” she said. “They are a source of exposure to BPA and if people are handling them a lot on a daily basis … they should perhaps consider using gloves for now.”

In the current study, the researchers used nitrile gloves. Ehrlich said additional research would be needed to determine whether latex or other types of gloves also work.

She also said people may want to wash their hands after handling receipts.

“I don’t think people should be super alarmed, but they should be aware,” she said.

Source: the globe and mail