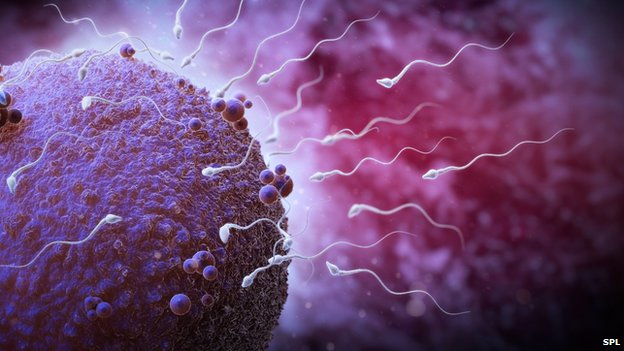 Women should not worry about using sperm from older donors as the success rate is the same as using a younger man’s sperm, researchers say.

The average age of donors has risen in the UK since the right to anonymity was removed in 2005. Doctors said there was concern about the impact on the odds of a pregnancy.

Experts said only older men with the best sperm could donate, so men as a whole should not see the results as an excuse to delay fatherhood.

A presentation at the European Society of Human Reproduction and Embryology annual conference showed the average age of donors was 26 before the law change and 34 afterwards.

“It is a huge difference,” said Dr Meenakshi Choudhary from the Newcastle Fertility Centre.

“It may concern women, who are already older, who know their chances are lower, that if they go for an older sperm then their chance of a live birth will be further reduced and compromised.”

She analysed data from 39,282 cycles of IVF between 1991 and 2012, concluding that older men had the same success rates as younger men.

Dr Meenakshi Choudhary told : “It doesn’t matter up to the age of 45 years, there was no decline observed in this study.

“Sperm donors are a select group of the population, they are healthy fertile donors who go through a stringent recruitment criteria.

“Based on this we can say that age does not matter as long as the sperm quality is good.”

‘Men not invincible’
Dr Allan Pacey, a lecturer in sperm at the University of Sheffield, said men should not be tempted by complacency.

He told “I think there is a perception out there that men are invincible from reproductive ageing – we just need to look at Charlie Chaplin who was 73 when he had his eleventh child.

“We know that as men go above the age of 40 and go into their fifties, their chances of getting a woman pregnant does reduce as a consequence of age.

“I don’t think you can take this data and apply it uncritically to the general population, the advice would still be you should be trying to have a child before the age of 40 or 45.”