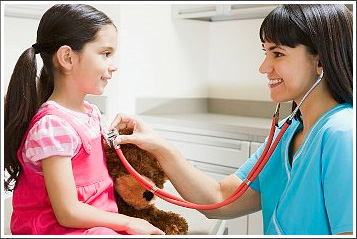 A new review of surveillance data reveals that rates of highly drug-resistant infections are on the increase among children in the United States. The findings reinforce the need for better ways to track, prevent, and treat these serious infections in children and for bolstering stewardship programs.

The researchers came to this conclusion after analyzing a large reference-laboratory database of samples collected from pediatric patients all over the U.S. between 1999-2012. The samples were of an important infection-causing bacteria called Pseudomonas aeruginosa.

P. aeruginosa is a common cause of healthcare-associated infections that can result in prolonged illness, require longer hospital stays, and, ultimately, raise the risk of death.

The researchers report their findings in the Journal of the Pediatric Infectious Diseases Society.

“Infections with P. aeruginosa can be serious and are associated with significant morbidity and mortality.”

Antibiotics have transformed medicine – they have made it possible to treat once deadly infections and paved the way for advances like transplant surgery and chemotherapy for cancer. They have reduced disease and saved lives.

However, misuse of the drugs has also contributed to the increasing problem of antibiotic resistance, now a serious and growing threat to public health.

The Centers for Disease Control and Prevention (CDC) include antibiotic-resistant P. aeruginosa among the top 18 drug-resistant threats to Americans.

The CDC class multi-drug resistant P. aeruginosa as a serious threat – that is, “not considered urgent” but the threat “will worsen and may become urgent without ongoing public health monitoring and prevention activities.”

Their estimates show 51,000 healthcare-associated P. aeruginosa infections in adults and children occur in the U.S. each year. This includes 6,700 cases where the bacterium is resistant to multiple types of antibiotic, resulting in 440 deaths a year.

However, the researchers behind the new study note that – despite many papers warning about rising national rates of antibiotic resistance – few investigate the trends of drug-resistant P. aeruginosa in children specifically.

They looked at data from a surveillance network of laboratories serving around 300 hospitals across the U.S. The laboratories analyze patient samples of P. aeruginosa for resistance to several types of drugs.

For their analysis, the researchers included data on children aged 1-17 who were in outpatient, inpatient, intensive care unit, and long-term care settings from January 1999 – July 2012. They excluded children under 1 year old and patients with cystic fibrosis.

The researchers found the proportion of P. aeruginosa samples that were resistant to at least three classes of antibiotics – that is, multi-drug resistant – increased from 15.5 percent in 1999 to 26 percent in 2012.

The proportion that were resistant to carbapenems rose from 9.4 percent to 20 percent over the same period. Carbapenems are a class of antibiotic that is considered a treatment of last resort for highly resistant infections.

The researchers found both multi-drug resistant and carbapenem-resistant P. aeruginosa were more common in patients in intensive care units, in children aged 13-17, in respiratory samples, and among patients in the Midwest states (Iowa, Kansas, Minnesota, Missouri, Nebraska, and the Dakotas).