While food accounts for a large portion of the added sugar in our diet, many experts recommend cutting back on sugary beverages to reduce daily intake. Consumption of sugary drinks might lead to an estimated 184,000 adult deaths each year worldwide, according to research published in the journal Circulation, an update of a 2013 American Heart Association conference presentation. In the following slides, we compare the amount of sugar found in some of America’s top-selling beverages — according to Beverage Industry magazine’s 2013 State of the Industry Report — to the sugar found in common sugary snacks.

Children 2 to 18 should consume no more than about six teaspoons of added sugars in their daily diets, according to new recommendations from the American Heart Association.

Researchers called limiting a child’s added sugar consumption to six teaspoons — equivalent to about 100 calories or 25 grams — “an important public health target” in a paper published in the journal Circulation on Monday. The paper outlines the new recommendations.

“A diet high in added sugars is strongly associated with weight gain, obesity, insulin resistance, abnormal cholesterol and fatty liver disease in children and all of these increase future cardiovascular risk,” said Dr. Miriam Vos, an associate professor of pediatrics at Emory University and Children’s Healthcare of Atlanta and lead author of the paper.

“I hope that this statement helps parents and organizations that help care for children by providing an achievable goal,” she said. “How much sugar is OK for kids has been a confusing issue for parents, and this statement provides a target that parents can understand, and that will make a huge difference for the health of children.”

The researchers reviewed and analyzed more than 100 previous papers and studies on the cardiovascular health effects of added sugars on children published through November.

They also analyzed dietary data from the National Health and Nutrition Examination Survey on how much added sugar was consumed in the United States from 2009 to 2012.

he researchers concluded that children are currently consuming more than the newly recommended 25-grams-or-less of added sugars daily, on average.

The latest national dietary guidelines released by the Office of Disease Prevention and Health Promotion recommends limiting sweets so that added sugar makes up 10% or less of your daily calories.

That amount is “closely aligned with the new recommendations,” Vos said. “The AHA statement provides a fixed amount, 25 grams, that is less than 10% of calories for most children and is easier for parents to understand.”

What counts as added sugars? Any table sugar, fructose or honey used as an ingredient in processing and preparing foods or beverages, eaten separately or added to a meal at the dining table. Some foods that contain added sugars are soft drinks, candy, cookies, cakes, ice cream and pies.

“A plain whole grain bagel with cream cheese can have no added sugar, while a frosted doughnut has 23 grams of added sugar,” Vos said. “A bowl of cereal can range from 1 gram to 12 or more grams, depending on the brand. One soda typically has 33 grams. A healthy breakfast of a low added-sugar, whole-grain cereal with a piece of fruit and a glass of low-fat milk would have about 1 gram of added sugar [but] varies by the cereal.”

If the six-teaspoon recommendation becomes difficult to follow, that’s because many processed foods in the supermarket are engineered to be high-sugar and low-fiber, said Dr. Robert Lustig, professor of pediatrics at the University of California, San Francisco, who was not involved in the new paper.

“We now have the data to show that sugar is different from starch, unrelated to its calories, and is causative for four diseases: type 2 diabetes, heart disease, fatty liver disease and tooth decay,” he said. “It’s like alcohol but for kids. … It activates the brain’s reward center to make you consume more.”

The new paper not only provides a comprehensive review of the current data, it reveals “profound” and “deeply disturbing” links between the amount of added sugars American children consume and their risk of heart diseases, said Dr. Sanjay Basu, an assistant professor of medicine at Stanford University, who was not involved in the paper.

“I am very concerned, as a parent, that my child shouldn’t be consuming as much added sugar as I did as a child,” he said, “and this AHA statement goes a long way toward helping parents like me understand the implications of what I give to my child to eat.” 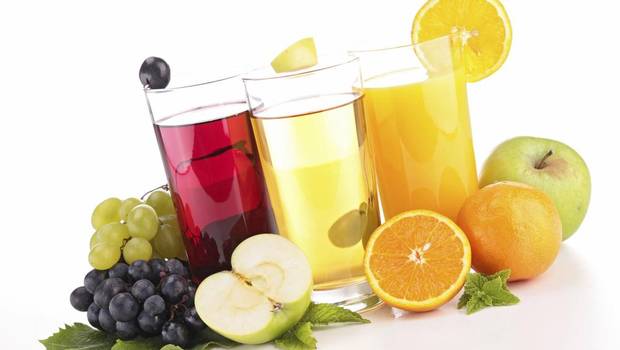 The appalling diets of the nation’s teenagers have been exposed by a report which shows that many are already putting themselves at risk of diabetes, obesity and heart disease. And last night health experts warned that fruit juice – seen by many as a healthy option – should be drunk no more than once a day because of its high sugar content.

The report, the Government’s National Diet and Nutrition Survey, also shows that children aged ten and under typically exceed the recommended daily limit of sugar by 34 per cent.
Their main sources of sugar are fruit juice, soft drinks, cereal bars, biscuits and cakes.

It reveals that adults are eating half the recommended weekly amount of oily fish – which protects against heart disease, cancer and dementia – while teenagers and children only manage a fifth of this amount.

The survey, which involved 4,000 adults and children between 2008 and 2012, says 48 per cent of men and women have above-normal levels of cholesterol, putting them at higher risk of heart disease and strokes.
Simon Gillespie, chief executive of the British Heart Foundation, said: ‘This study paints a clear picture that too many people, especially children, are not eating healthily enough.

‘This puts them at greater risk of coronary heart disease, type 2 diabetes and obesity now or in the future. There is no magic bullet to solve this problem. Parents, schools, restaurants, retailers and the food industry all have a role to play.

‘But the Government can fire the first shot by implementing a 9pm watershed ban on junk food marketing to stop children being bombarded with advertising about products high in fats, salts and sugars. We also need stringent regulation to protect children from online marketing tactics.’

There is also concern that policies such as the NHS’s Change4Life programme are having little effect because only healthy adults and children pay any attention.

The initiative, which has cost taxpayers £65million since its launch in January 2009, consists of television adverts, a website, a helpline and locally-run sports clubs all aimed at curbing the obesity epidemic.
The scheme also produces posters for schools, community clubs, GP surgeries and hospitals urging the public to eat their five- a-day, take regular exercise and cut portion sizes.

Dr Ian Campbell, of the National Obesity Forum, said: ‘In spite of a raft of measures designed to encourage us to eat a healthier diet we are, as a nation, failing miserably.

‘If we really care about the health of our children we need to take far more decisive action. ‘We need to regulate the food industry to make healthy choices easier, more attractive and cheaper.’

Dr Alison Tedstone, the chief nutritionist at Public Health England, the Government agency that released the report, said fruit juice was a good option as one of the recommended five fruit portions a day.
But she warned: ‘It should only be drunk once a day and with a meal because it can be high in sugar.’

In March, Dame Sally Davies, the Chief Medical Officer, said the Government may have to introduce a sugar tax to help make the nation’s diet more healthy.

Later that month the World Health Organisation urged the public to cut their sugar intake by half to six teaspoons a day.
Yesterday Labour MP Keith Vaz called for food labels to include the numbers of teaspoons of sugar in all products.