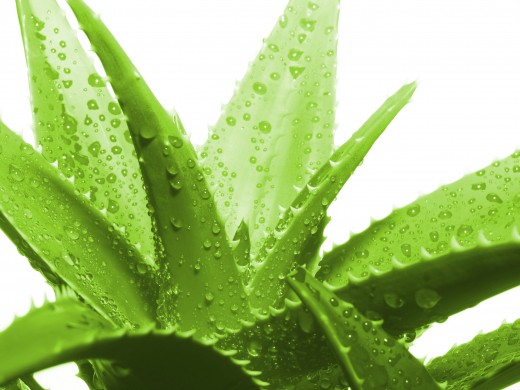 Lily of the Desert

Aloe Vera has been used for thousands of years in all kinds of health issues.The name Aloe is probably derived from the Arabic word “alloeh” or the Hebrew word “allal” both means “bitter substance”. In Africa they call the plant ‘Aalwijn’ which also means “bitter juice”.

Aloe vera is one of the oldest known medicinal plants. In ancient Greece, the doctors used the plant in their prescriptions while with the ancient Egyptians, the plant was not only used as a medicine, but also as the elixir of life, for skin care and embalming. They called this plant: “The Plant of Immortality”. They included this among the gifts buried with the pharaohs.

The powerful healing properties of aloe Vera were first discovered by the ancient Egyptians. They grew aloe vera widely and it is believed that the stories surrounding Cleopatra’s infinite beauty circles around the extensive use of this medicinal plant. The Greeks knew Aloe Vera and Alexander the Great was a big fan of this powerful plant. He used this plant as a first aid in the battle. He even conquered the island of Socotra, part of present-day Yemen, purely to stock aloe vera for him and his troops. There are also records of Aloe being used as a medicine by Christopher Columbus in his voyages.

The plant is also known as ‘Burn Plant’, because of its healing properties for burns and other skin irritations and problems. Aloe Vera has 300 different varieties and these beautiful cactus like plant is classified in the family of Lily. Aloe Vera is one of the most nutritious and medicinal plants in the world, thanks to the amazing healing gel that hides in the long spiky leaves of this medicinal plant.

Knowledge of the extraordinary healing properties of Aloe vera plant is transferred to our time through folk tales of ancient medical practices.

What makes it so “Magical”??

The Aloe Vera as well as other plants belonging to the family of succulents, is able to survive in arid and desert climates and has an ingenious technique of storing water. It acts as a living reservoir of the precious liquid. However, the liquid stored by these plants is more than just water, but in fact a gel composed of long chain glyconutrients, called polysaccharides.

What’s in the Aloe Vera gel:

Aloe Vera contains a large amount of vitamins, but the most important are the antioxidant vitamins C, E, B12 and beta carotene (the precursor of vitamin A).

Other vitamins include Vitamin A, B1 (thiamine), B2 (riboflavin), B3 (niacin, niacinamide), B6 (pyridoxine), folacin, folic acid and choline.

Amino acids
Amino acids are the building blocks of protein. The human body needs. 22 amino acids Aloe Vera gel provides 20 of the 22. More importantly, it provides in 7 of the 8 amino acids, which cannot be produced by the body itself and therefore have to be consumed with food. 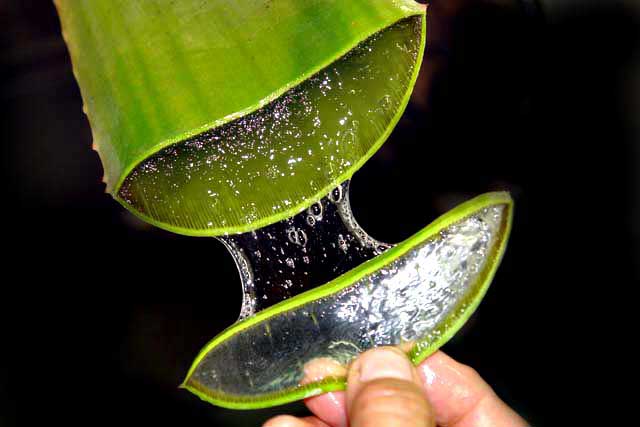 The Aloe plant is part of the genus, succulent plants, which comprises of over 500 different types of species. It has been cultivated for many years because of its pharmaceutical uses. Dating back 5,000 years to ancient Egypt, aloe was known as a powerful herbal medicine. The plant produces gel and latex, which are both used for medicinal purposes. The gel is the clear gooey substance that is found when you break the plant, and the (yellow) latex comes from right under its skin. Many beauty experts and other health care professionals list aloe as an important plant curing many skin ailments. Here are a few of its suggested uses:

Burns
Applying aloe cream to the skin might help to heal certain burns. A 2009 study found that 30 patients with second-degree burns, who applied aloe cream, healed in areas with minor wounds in less than 16 days.

Acne
Some research has shown that aloe helps to heal present acne and acne scars because of its antimicrobial properties. It’s also moisturizing without being greasy.

Dry Hair
The inside of the plant makes a great hair conditioner because of the its hydrating properties. Use the plant’s “juice” and gel in your hair, then rinse and apply your normal conditioner.

Sunburns
Due to the cooling effect aloe has on the skin, it’s often an over-the-counter recommendation by physicians and pharmacists for minor sunburns.

Weight Loss
Aloe Vera juice made its way last year as a health drink. According to the Daily Mail, aloe contains a number vitamins “including A, C, E, folic acid, B1, B2, B3, B6, and it is one of the few plants that contains vitamin B12, which helps with brain and nervous system function.” As a super food it helps with digestion and clears your skin from the inside.

As the temperature begins to drop, and the skin begins to dry up, it’s vital to drink lots of water and use water-based organic products like aloe vera.  Due to aloe’s high water content (over 99 per cent water) it is a great way to hydrate, moisturize and rejuvenate the skin.

Aloe vera increases the elasticity of the skin making it more flexible through collagen and elastin repair.  It helps supply oxygen to the skin cells, increasing the strength and synthesis of skin tissue and induces improved blood flow. Aloe vera-based moisturisers should be used to keep your skin soft this winter as they prevent it from drying and keeps them fresh, soft and smooth.

Also, do not forget to drink as much water possible. In addition to that herbal teas and clear soups are more creative ways to get your daily H2O intake and flush out toxins.