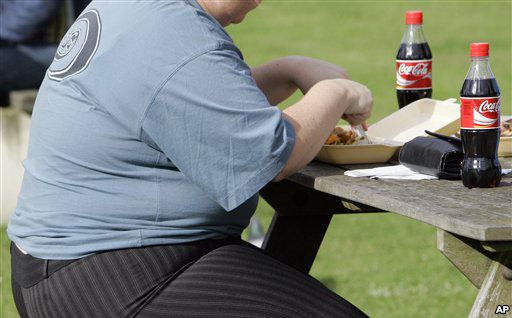 A new study published in a British medical journal says obesity rates for both adults and children are climbing worldwide, with the greatest gain in weight in developing countries.

According to the report, the number of people carrying extra kilos climbed from 857 million globally in 1980 to more than 2 billion last year. Researchers report 62 percent of the world’s obese individuals live in developing countries.

The findings come from an analysis of data gathered from 188 countries published in the British medical journal The Lancet.

Investigators discovered the rates of overweight and obesity climbed 28 percent over the past 33 years with the biggest increase in children. Forty-seven percent of all youngsters and adolescents worldwide are now considered overweight or obese.

In developed countries, men have higher rates of obesity than women, although there’s evidence that the pace of weight gain in the United States and other Western nations has begun to slow over the past eight years.

“Nowadays, food is prepared for us. Remember, in the past, it used to take some time to cook a dish,” said Ali Mokdad, who teaches health metrics and evaluation at the University of Washington and co-authored the study. “Now a seven- or 10-year-old child could pop something in a microwave. It’s safe and readily available,” he said.

The authors found some of the highest rates of obesity in China, India, Russia, Egypt, Pakistan and Indonesia. Places with the highest percentage of overweight people include the island nation of Tonga, where 50 percent of the population has a weight problem, along with Libya, Qatar, Micronesia and Samoa, where more than 50 percent of women carry excess weight.

The health care costs of obesity, particularly to developing countries, are enormous, according to Mokdad.

“It has a toll on our disability, our diseases. And with an aging population living longer, no country in the world can afford to spend all its money on treatment. We should find a balance between treatment and prevention,” he said.

Without targeted interventions, obesity control programs and the sustained efforts of national governments, experts say it is unlikely countries will meet the United Nations’ goal of halting the rise in obesity rates by 2025.