There may be a new way to diagnose early signs of dementia: a walking speed and memory test. In a study published in Neurology, researchers from the Albert Einstein College of Medicine of Yeshiva University and Montefiore Medical Center in New York developed a test to screen the speed of someone’s walking, combined with their cognitive complaints. They believe this test could help diagnose motoric cognitive risk syndrome (MCR), thought to be an early sign of dementia. 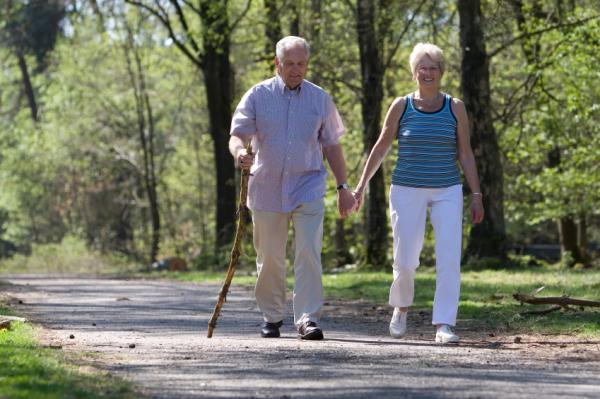 In 22 studies from 17 countries involving 26,802 healthy adults ages 60 and older, researchers found that one in 10 exhibited MCR signs— meaning a slow gait of less than 1 meter per second in addition to cognitive complaints. The scientists followed up with 4,812 of the participants over a 12-year period. People who had MCR indicators were found to be twice as likely to develop dementia compared to those who did not exhibit MCR signs.

The test may help people prevent the development of dementia by motivating them to adopt healthier lifestyles and get more exercise if they know they’re at a higher risk. Also, the test could help doctors uncover other possible medical reasons for someone’s MCR, such as hypertension or high cholesterol.

The researchers noted that further research is needed to analyze a connection between MCR and dementia risk.