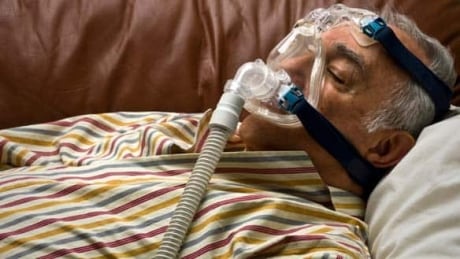 People suffering from obstructive sleep apnea, which causes the breathing airway to collapse intermittently during slumber, may be at a higher risk for developing pneumonia, according to a study from Taiwan

The study was published this week in the Canadian Medical Association Journal after researchers tracked 34,100 people for 11 years, including 6,815 who had sleep apnea.

Researchers excluded patients younger than 20 and those with an existing lung abscess or infection.

They found that 9.36 per cent of those in the sleep apnea group developed pneumonia within five years, compared to 7.77 per cent of subjects without the sleep disorder.

They said disturbances in the immune system, brought on by sleep deprivation that is common to the breathing disorder, may have made subjects in the study more susceptible to the invasion of pathogens that can lead to pneumonia.

An estimated 860,000 Canadians — or three per cent of the population — have been diagnosed as having sleep apnea, and many more may not know they have it.

Moderate to severe obstructive sleep apnea can be treated with what‘s called a continuous positive airway pressure (CPAP) device, a machine that prevents the airway from collapsing.