As wearable devices become more popular, some doctors and consumers have expressed concerns about a lack of regulatory oversight to monitor the frequency of skin allergies and other reactions to certain metals or plastics used in the products. 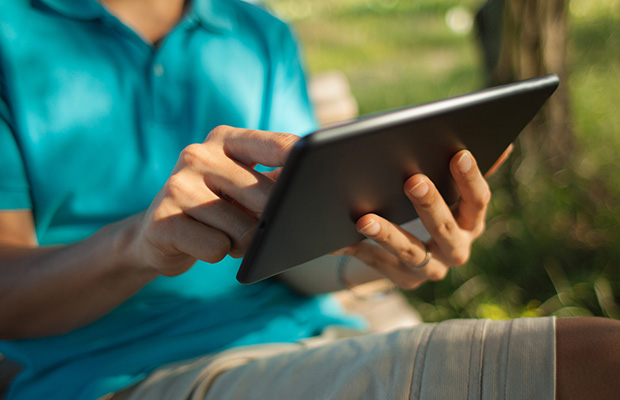 Nickel, one of the most common allergens in the United States, can be found in things like hand-held devices and jewelry. But unlike Europe, the United States has no restrictions on its widespread use in consumer products. That worries some doctors who say that the growing use of mobile and hand-held devices combined with a lack of regulatory oversight could lead to a spike in allergic reactions.

“I am absolutely concerned about it,” said Stephen P. Stone, the director of clinical research in dermatology at the Southern Illinois University School of Medicine and the former president of the American Academy of Dermatology.

The Centers for Disease Control and Prevention estimates that 10 to 20 percent of the population is allergic to nickel. The reactions can be unpleasant, but not fatal. Typically they include blistering, redness and dry skin.

In February, Fitbit, the maker of a popular brand of devices that measure physical activity, had to recall more than a million of its wristbands after receiving complaints about adverse skin reactions. In a statement on its website, the company said that users were most likely suffering from allergic contact dermatitis, a red and itchy rash, caused by either the adhesive or the nickel content.

That frustrated some users, especially those who had not previously suffered from a nickel allergy. Fitbit is facing legal action from consumers who want more information about the Fitbit Force, the line of products the company recalled.

“One of the things that’s really frustrating is that Fitbit will not say what caused the reaction,” said Alexandra Schweitzer, a health insurance executive from Massachusetts who said she developed what looked like an infected bug bite from her Force last year. Several years ago, dermatologists began seeing allergic reactions to cellphones, but some say the scope of the problem has since expanded.

In 2011, Walt Disney Parks and Resorts recalled about 1,200 children’s watches because of nickel in the watch’s back, according to the Consumer Product Safety Commission, the independent government agency in charge of recalls. A recent article in The Journal of Pediatrics pointed to a rise in nickel allergies among children and cited an 11-year-old boy who most likely had an allergic reaction to his iPad.

“With the increasing prevalence of nickel allergy in the pediatric population, it is important for clinicians to continue to consider metallic-appearing electronics and personal effects as potential sources of nickel exposure,” the article stated.

Nickel exposure from children’s toys in the United States poses a unique problem, because researchers say that frequent exposure to nickel can create sensitivity.

“I think nickel is still a really big issue in the United States,” said Bruce A. Brod, a clinical professor of dermatology at the University of Pennsylvania’s medical school. “Now we’re seeing some cases from iPads and laptop computers and some of the video games where there are metal pods.”

In an email, Chris Gaither, a spokesman for Apple, said that reactions described in the Pediatrics article were “extremely rare,” and that the company voluntarily adhered to international nickel guidelines.

“Apple products are made from the highest-quality materials and meet the same strict standards set for jewelry by both the U.S. Consumer Safety Product Commission and their counterparts in Europe. We rigorously test our products to make sure they are safe for all our customers,” he said.

When a recall is fast-tracked, as with the Force, the Consumer Product Safety Commission rarely performs its own testing. That leaves consumers at the mercy of the company to disclose the source of a problem.

“One of the scary things about a situation like this is that it induces a near state of panic when consumers have an adverse reaction and fear the worse,” said Joseph J. Siprut, a lawyer who filed a class-action complaint against Fitbit in March. The company said it did not believe that the lawsuit had merit.

The product safety agency has already received similar complaints for another Fitbit wristband, the Fitbit Flex, according to the safety agency’s online database.

“The company is constantly evaluating its products and working to improve its next-generation products,” James Park, the chief executive of Fitbit said in a statement. “As with any jewelry or wearable device, prolonged contact may contribute to skin irritation or allergies in a few users. Guidelines for product safety and hygiene are available on the website and we encourage users to follow these for maximum enjoyment of their Fitbit products.”

A spokesman for the consumer agency, Scott Wolfson, said it had the “power to take action” against “harmful metals or chemicals upon receiving information that there is a risk of exposure to consumers.”

Not all products that contain nickel pose a threat. How much nickel is in a product affects how much nickel seeps out of it, and Europe has guidelines that companies must follow. “The European directive has limited the use of nickel, but in the United States we haven’t, and it results in suffering and health care expenditure,” Dr. Brod said.