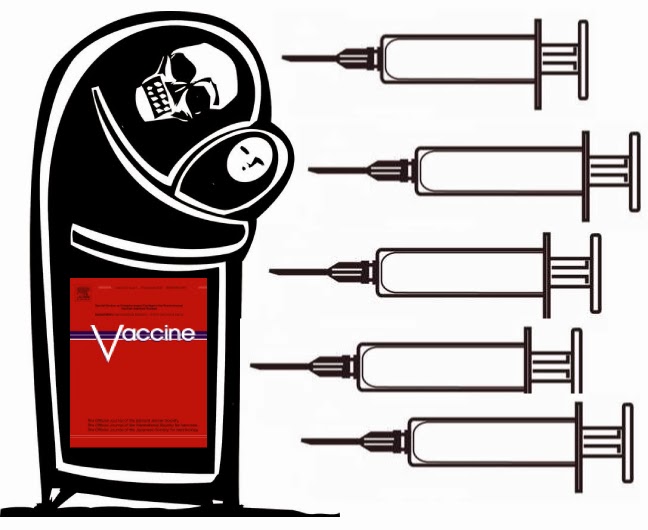 As pentavalent vaccine has already created widespread controversy with reports linking increased morbidity and mortality to multiple vaccines in low-income countries, including Bhutan, Sri Lanka, Vietnam and India, a new study published in the journal Vaccine has diametrically opposed to the extensively held conviction that more vaccines administered to infants the better.

The new observational study titled, ‘Co-administration of live measles and yellow fever vaccines and inactivated pentavalent vaccines is associated with increased mortality compared with measles and yellow fever vaccines only’ is a result of randomized, placebo-controlled clinical trial conducted during 2007-2011 in the West African country Guinea-Bissau. The study has questioned the belief that vaccination is always a life-saving intervention.

Sayer Ji, “My personal belief about the expanding vaccination schedule, as well as increasing the number of vaccine antigens per vaccine, is we are engaging in unprecedented mass experimentation on our children, as there are simply far too many variables to control and understand now in order to make the determination that they are effective, much less safe. It is likely — and research bears this out — that the ultimate result of employing so vaccines, along with the known dangers of excipients and adjuvants, is increased morbidity and mortality in exposed populations.”

As the finding hold importance when one considers that pentavalent vaccines, with the efforts of the Global Alliance for Vaccines and Immunisation (GAVI), aims to reach millions of children in several developing countries, he said, “Global vaccination campaigns are based upon a fundamental error in thinking. You can’t vaccinate away undernourishment, poor living conditions, or lack of water sanitation. Let these charitable programmes and the wealthy nations and corporations put their money where their mouths are and provide ‘first world’ solutions for third world problems.”

“India stands today as the mother to one of the most advanced, while also ancient, medical systems in the world, Ayurveda, and must consider the implications of casting its inheritance to the wind in favour of strictly Western medical interventions, many of which are being aggressively championed for reasons that are as much political and economic as they are humanitarian in nature,” he said.

“The primary suggestion I would give is to not ignore the significant body of peer-reviewed research that now exists showing the unintended, adverse health effects of vaccination which may in some cases far outweigh their purported benefit. Also, these are not strictly academic matters but the lives of our children and future generations are on the line,” Sayer Ji opined.

In the light of the study, Dr Jacob Puliyel, head of paediatrics at St Stephen’s Hospital, New Delhi, told , “I do not think international agencies will do anything till we highlight every death as unacceptable.”