Doctors in India are baffled over an 8-year-old boy whose hands have ballooned to a combined weight of nearly 40 pounds.

Identified only by his first name, Kaleem, the young cricket fan is now unable to use his hands for simple tasks such as tying his shoes because they have swelled to such mammoth proportions. 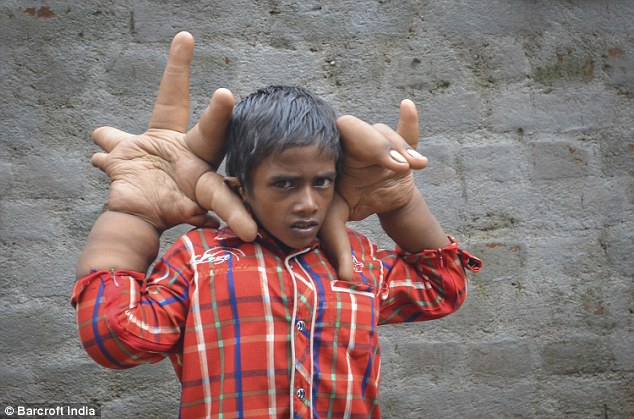 His gigantic hands weigh around 18 pounds apiece and measure 13 inches from the base of his palm to the tip of his middle finger.

Kaleem lives with his parents in eastern India and they say it’s been hard to find help for their son because they only make around $20 a month.

Doctors who have had the chance to examine Kaleem have been mystified by his condition, but do believe it is most likely the result of lymphangioma or hamartoma 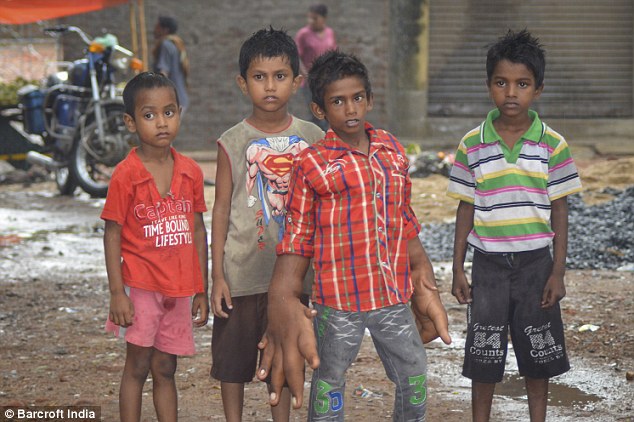 Lymphangioma is a rare condition of the lymphatic system that causes the development of non-malignant masses consisting of fluid-filled parts of the body.

A hamartoma is a benign tumor-like malformation that consists of an abnormal mixture of cells and tissues found in areas of the body where growth takes place. Both conditions are said to be treatable.