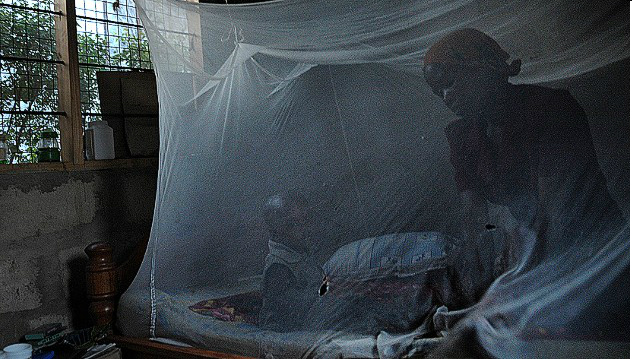 Gains in fighting malaria in sub-Saharan Africa have left the highest risk for the disease concentrated in 10 countries, according to a study published by The Lancet medical journal.

Nigeria, Democratic Republic of Congo, Uganda, Ivory Coast, Mozambique, Burkina Faso, Ghana, Mali, Guinea and Togo together account for 87 percent of areas that have the highest prevalence of malaria, it said.

The study assessed the effectiveness of the battle against malaria, which went into higher gear with the launch of the Roll Back Malaria initiative in 2000.

Since then, financial support has risen from $100 million (73 million euros) annually to about $2 billion (1.46 billion euros).

The researchers drew up a map of the changing face of malaria from thousands of surveys of prevalence of the disease among children in 44 countries.

But the numbers living in moderate-risk locations rose from 179 million to 280 million, a rise of 57 percent.

The good news was that the tally of people living in low-risk areas rose from 131 million to 219 million.

Four countries — Cape Verde, Eritrea, South Africa and Ethiopia — joined Swaziland, Djibouti and Mayotte in the elite club of countries where transmission levels are so low that elimination of malaria is a realistic goal.

The researchers said the overall picture was mixed, and important gains had been partly offset by population increase — over the decade, an extra 200 million people were born in places with malaria.

“Substantial reductions in malaria transmission have been achieved in endemic countries in Africa over the period 2000-2010,” the paper said.

“However, 57 percent of the population in 2010 continued to live in areas where transmission remains moderate to intense and global support to sustain and accelerate the reduction of transmission must remain a priority.”

In its 2013 report on malaria, the World Health Organisation (WHO) last December said 3.3 million lives had been saved worldwide since 2000.

The agency pointed to a shortage of funding and a lack of access to artemisinin malarial medicines and basic remedies such as bednets remained a serious problem, it said.