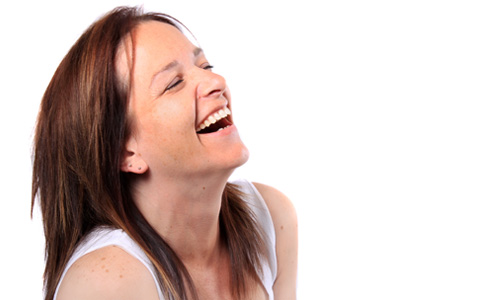 Laughter is the best medicine, is an age-old saying, and about 10,000 laughter clubs in India are a testimony to the fact that the therapy works.

A combination of group laughter exercises with yoga breathing, which allows people to laugh without cracking jokes, should be performed for at least 15 to 20 minutes, says Hasya yoga guru Jiten Kohi.

“The good chemical changes in the body can happen only if you spend time on it. The effects won’t be great if you finish your asanas quickly,” Kohi said.

“Such asanas are good for depressed people or those who lead stressful lives,” he added.

Rahul Chandhok, senior consultant psychiatrist at Gurgaon’s Fortis Hospital, pointed out that while work pressure has always been there, other factors like commuting and traffic are adding to the woes of people.

“In the metros one needs to commute for long hours; therefore, people are unable to give time to their families or even take out time for themselves. This causes stress,” Chandhok said.

Another reason is that everyone is competing with everyone for everything. In big cities, day-to-day life is getting more and more hectic and target, desire and deadline driven and the fight against stress overload multiplies.

“People end up comparing themselves to others, they want something that is way beyond their reach. All this causes stress,” Chandhok said.

“Unlike big cities, the smaller ones are at an advantage as far as distance is concerned. People don’t take long to commute from home to the workplace. But, yes, there are comparison factors that cause stress,” he added.

Kohi formed Hasya Yoga Kendra in 2000 because he felt that laughter – the healthiest gesture in people’s lives – is missing.

“As people grow up, they forget to laugh. Nowadays they just exercise. Don’t take it as exercise and laugh like a child. Take things lightly without pressurising your brain. This way you will be less stressful and that will help to stay fit in some way,” said Kohi.

His team holds around 52 yoga classes per day in areas like Model Town, Kalkaji and Janakpuri in the capital, apart from monthly sessions in Tihar Jail, in schools and at corporate houses.

With 300 centres in the country in places like Lucknow, Mumbai, Jaipur and Indore, Kohi gets better response in tier-II cities.

“People in small towns are more interested. Thousands of them turn up in the morning. In metropolitan cities, people lead busy lives; so maybe there are people who are able to join us in parks,” said Kohi, who believes it’s best to do asanas early morning in view of the relatively fresh air.

Apart from other recreational activities, laughter exercises help in improving the well-being of people.

“If you laugh wholeheartedly, your facial muscles will gain benefits and there will be a feeling of well-being, especially when you do such exercises in a group. Your body releases chemicals that help to relieve stress,” Ravindra Gupta, consultant in internal medicine at Gurgaon’s Columbia Asia Hospital, said.

However, he clarified that laughter can de-stress, but it can’t cure ailments.

“It can’t treat ailments. It can reduce blood pressure to some extent, but medication is required,” said Gupta.

“When you laugh, the stress level goes down and you don’t easily fall sick,” said Kataria, who started his institution with his wife Madhuri in 1995 in Mumbai.

“In people with blood pressure, heart disease and diabetes, we have noticed a 50 percent improvement in their health due to laughter exercises. I am not saying it completely cures diseases, but there is reduction in medication,” he explained.

Kataria said there are around 10,000 laughter clubs in India and the demand is increasing in other parts of the world too.

“They are present in around 72 countries like Japan, Germany and US,” he said.

Chandhok said that yoga or meditation or laughter sessions are important for a healthy life, but medical treatment is equally vital.

“Treatment is essential. Complete it and then continue with these healthy activities,” he said.