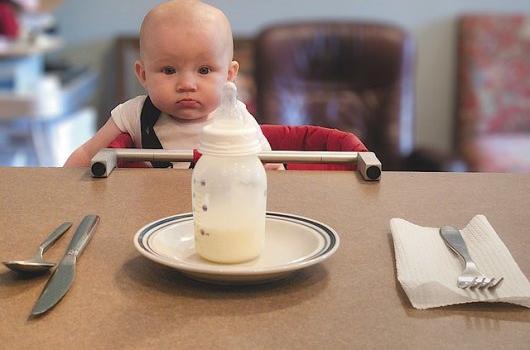 The rule, to be officially released on Tuesday, includes requiring companies to test for salmonella and cronobacter, two bacteria that can cause particularly severe illness in babies, the Food and Drug Administration said.

The move follows several, high-profile nationwide recalls of various formula products in the past several years that have hit the multi-billion-dollar industry, which has increasingly sought to expand by selling formulas aimed at older infants and toddlers.

In 2010, Abbott Laboratories recalled 5 million containers of its Similac products because of possible contamination from insect parts. Mead Johnson Nutrition Co in 2011 saw its shares fall when stores pulled some powdered versions of its Enfamil product over concerns about infection, although the FDA later said a recall was not needed.

While public health officials generally say breast milk is best for babies, they acknowledge that many infants get all or part of their nutrition through formula. The new rule, the FDA said, is aimed at establishing “good manufacturing practices” that many companies have already adopted voluntarily.

It only applies to formula marketed for “for use by healthy infants without unusual medical or dietary problems,” the FDA said in a statement.

Under the regulation, companies must screen formula for salmonella, which can cause diarrhea and fever resulting in particularly severe problems for babies. They must also check for cronobacter, which is known to live in dry conditions such as powdered formula and cause swelling of the brain known as meningitis in infants.

While the FDA does not approve infant formula products before they can be sold, companies under the rule must also test their products’ nutrient content and show that their formulas can “support normal physical growth,” the agency said. The International Formula Council said it strongly supported finalization of the regulation.

“As an industry, we are proud of our record and support any effort that further advances infant formula safety and quality,” Mardi Mountford, executive vice president of the industry group, said in a statement.