A Pakistani exchange student, in a coma since a November car accident, faces possible deportation next week as his visa expires and the Minnesota hospital caring for him seeks to send him home amid mounting, unpaid medical bills, claims the man’s family.

The immigration status of Shahzaib Bajwa, 20, has gained the U.S. State Department’s attention, while near his bed at Essentia Health-St. Mary’s Medical Center in Duluth, his family wages a strained battle with the hospital to keep Bajwa at that facility, off an airplane, and in the United States. He was in a one-semester program at the University of Wisconsin-Superior before a car in which he was a passenger struck a deer.

“They asked us to sign a consent form to take him back to Pakistan in this condition. We just want what’s best for my brother, to stay here, to be treated in the United States,” said the student’s brother, Shahraiz Bajwa.

“There is one doctor at this hospital who has put a lot of effort in sending my brother back, and he must be very heartbroken that we are still here. He is doing it because my brother is costing them money,” Bajwa said. “In his condition, it would be a big risk. It would be 24 hours to get there. And they do not have the same medicines in Pakistan.”

The young man’s family is in the U.S. on visitors’ visas. His travel insurance plan was capped at $100,000 for emergency medical care.

Hospital spokeswoman Maureen Talarico said patient-privacy laws prevent her from addressing the family’s claims and allow her to report only that Shahzaib Bajwa is in fair condition.

“We are working collaboratively with Mr. Bajwa’s family and caregivers along with the U.S. and Pakistani governments to reach the best possible outcome for the patient and for his family,” Talarico said.

His family is watching both the calendar and the clock. 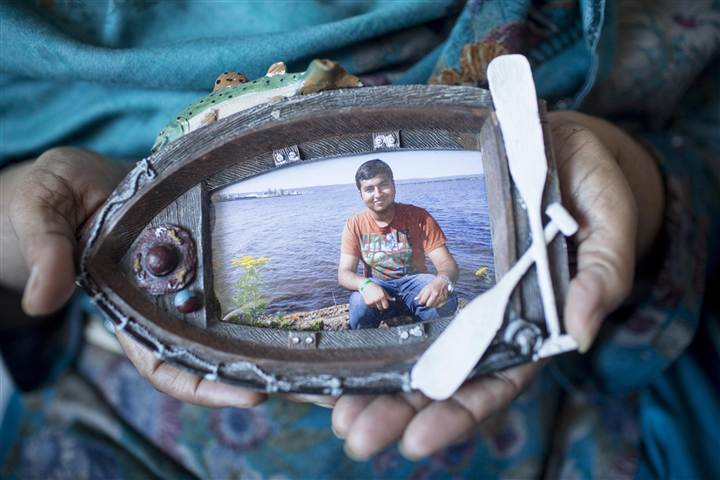 Bajwa has slowly regained the ability to open his eyes, wiggle his toes, and squeeze his mother’s hand – although inconsistently, and he remains unable to speak, his brother said, adding: “We don’t know what’s going on in his mind.” Based on a common neurological scale, Bajwa may be emerging from his coma.

While the ensuing months of bedside vigil may be many, the family sees the hours dwindling before his student visa expires Feb. 28.

“When we asked the hospital to convert his student visa into a medical visa, first they said they would help us. Then they took that offer from the table,” Shahraiz Bajwa said. His brother’s medical expenses, he confirmed, exceed $350,000, adding the family – visiting from Pakistan – does not have the money or medical insurance to cover to those bills.

During a Feb. 13 briefing, State Department spokeswoman Marie Harf was asked if the agency had decided not to extend Bajwa’s student visa while he remains in a coma.

“No, that’s not true,” Harf said. “… The State Department is continuing to work with the hospital, with the student program sponsors. He is in the United States on a State Department-sponsored J-1 (student) exchange program …

“… It’s not accurate to say that the State Department isn’t extending the visa. That’s just not how the process works, right? So we’re working with his family as they decide on treatment options and we’ll help them maintain flexibility in terms of his status,” Harf said.

Minneapolis-based immigration attorney Saiko McIvor, working on behalf of the Bajwa family, said the State Department seems not to favor extending Bajwa’s student visa. She’s in talks with the local branch of the U.S. Citizenship and Immigration Services – part of the U.S. Department of Homeland Security.

“We are working to get things resolved so that he would stay in legal status in the United States beyond Feb. 28. But trying to get a J-1 extended may be very difficult because that would require U.S. State Department’s cooperation and I don’t think they might be willing to do that,” McIvor said.