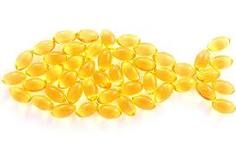 The results were reported at the recent International Conference on Alzheimer’s Disease, in Paris, France.

The study was led by Lori Daiello, PharmD, a research scientist at the Rhode Island Hospital Alzheimer’s Disease and Memory Disorders Center. Data for the analyses was obtained from the Alzheimer’s Disease Neuroimaging Initiative (ADNI), a large multi-center, NIH-funded study that followed older adults with normal cognition, mild cognitive impairment, and Alzheimer’s Disease for over three years with periodic memory testing and brain MRIs.

Daiello reports that compared to non-users, use of fish oil supplements was associated with better cognitive functioning during the study. However, this association was significant only in those individuals who had a normal baseline cognitive function and in individuals who tested negative for a genetic risk factor for Alzheimer’s Disease known as APOE4. This is consistent with previous research.

The unique finding, however, is that there was a clear association between fish oil supplements and brain volume. Consistent with the cognitive outcomes, these observations were significant only for those who were APOE4 negative.
Daiello says, “In the imaging analyses for the entire study population, we found a significant positive association between fish oil supplement use and average brain volumes in two critical areas utilized in memory and thinking (cerebral cortex and hippocampus), as well as smaller brain ventricular volumes compared to non-users at any given time in the study. In other words, fish oil use was associated with less brain shrinkage in patients taking these supplements during the ADNI study compared to those who didn’t report using them.”

Daiello continues, “These observations should motivate further study of the possible effects of long-term fish oil supplementation on important markers of cognitive decline and the potential influence of genetics on these outcomes.”