It’s no secret that most women wear makeup every day. A product that was first used by ancient Egyptians is now a multibillion dollar cosmetic industry. However, a growing concern over the safety of certain makeup ingredients has created a new view on our favorite beauty products. 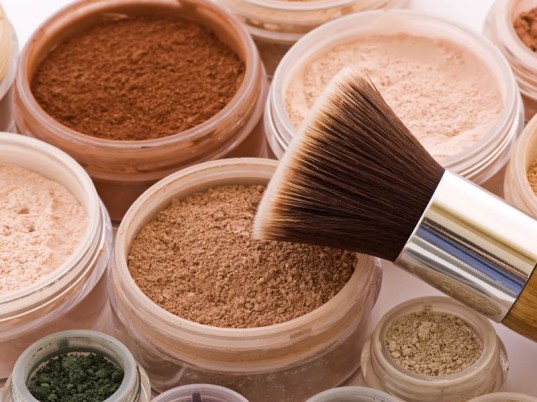 “I decided to switch over to organic makeup about halfway through my modeling career,” Anna Lisa Wagner, a Ford model, told FoxNews.com. “There is a lot of makeup out there that has toxins in them and it can really be detrimental to your health or even just your image.”

Many environmental safety groups encourage consumers to stop using cosmetic products that contain chemical ingredients like parabens and phalates, claiming that they are linked to adverse health effects like cancer and birth defects. But while these accusations sound alarming, not all experts agree.

“[For] the groups that say organic is better and they point to the dangers of the other products, it’s often based on studies that weren’t published or are taking things out of context,” Dr. Doris Day, a clinical associate professor of dermatology at the New York University Langone Medical Center told FoxNews.com. “The studies that I’ve seen that claim things like parabens are harmful or cause breast cancer, there’s nothing substantiated from those.”

Parabens are used in many cosmetics as preservatives to help prevent bacteria from growing in the product.

A 2004 study by biochemist Philippa Darbre has been widely cited for linking parabens to cancer. However, the small study was discredited by many toxicologists and cancer research organizations. The American Cancer Society issued a statement saying, “the study did not show that parabens caused or contributed to breast cancer development— it only showed that they were there.”

Even though there is no conclusive evidence to prove the harmful effects from cosmetic ingredients, some beauty professionals still remain skeptical.

According to Eva Scrivo, a celebrity makeup artist and author of “Eva Scrivo on Beauty,” we all need to be more conscious of what we are putting on our bodies.

“Women are becoming more aware of things like phalates and hormone disruptors, things that have been found in cosmetics for many years,” Scrivo told FoxNews.com. “It’s interesting how many of these ingredients have not been regulated and there really is no testing on a lot of cosmetics.”

The Food and Drug Administration (FDA) does not have the authority to regulate cosmetic ingredients— but that doesn’t mean beauty products are not tested.

The cosmetic industry keeps a thorough safety record through the Cosmetic Ingredient Review (CIR), a non-profit organization that works under the review of the FDA. The CIR appoints a panel of experts composed of dermatologists, chemists, medical researchers, and toxicologists to test and assess the safety of ingredients used in cosmetics.

“Most of the ingredients that you see in a product go through extensive testing for something called mutagenicity and teratogenicity. Mutagenicity is the capability of causing cancer and other problems; mutations and teratogenicity are problems in a growing baby,” Day explained. “They also have to check for lead, mercury, arsenic and other toxins that we know are naturally found in the earth to make sure that they are at a certain level [FDA allowed parts per million].”

Many of Scrivo’s clients ask if organic products are better than traditional, but it’s a personal choice, she said. Even choosing a natural product that omits certain harmful ingredients, such as parabens and phalates, can be a good option.

“It doesn’t have to necessarily be organic– it just has to not have some of the harmful ingredients in the product,” Scrivo said.

If you are concerned about parabens and other cosmetic chemicals, don’t just rely on the label “organic” to ensure its safety. Look at ingredient lists or check store websites like Sephora.com that include descriptions of the cosmetic formulation ingredients.