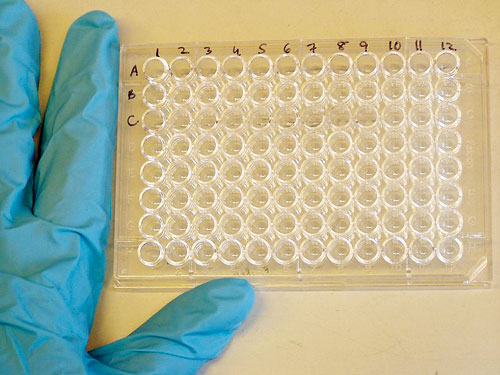 Researchers have developed a cheap enzyme-based method that can diagnose tuberculosis (TB) more accurately and faster than available devices.

This inexpensive portable diagnosis system can cut the time it takes to spot TB bacteria from weeks or months to less than half an hour.

Chemist Jianghong Rao of Stanford University and microbiologist Jeffrey Cirillo of Texas A&M University developed a chemical called CDG-3 that glows when it is broken down by an mycobacterium tuberculosis (TB bacteria) enzyme called BlaC.

The researchers found they could detect as few as 10 TB bacteria in a millilitre sample.

They then tested the method on 50 sputum samples from people in Texas.
It correctly identified all the samples that contained M tuberculosis visible under a microscope, and 80 per cent of those in which infections were not visible.

When tested in people without TB, the CDG-3 probe diagnosed them correctly 73 per cent of the time.

Rao and Cirillo are now working to develop a portable, battery-powered device that measures the fluorescence coming from CDG-3 as it is broken down.
The device is expected to hit the market in 2015.

A single test will cost about $5 (Rs 295) and will take less than 30 minutes to deliver a diagnosis, said the paper published in the journal Angewandte Chemie.

A device to cultivate single bacteria species: Millions of microbial species populate the world, but so far only a few have been identified due to the inability of most microbes to grow in the laboratory.

Edgar Goluch, an engineer, and Slava Epstein, a biologist, both from Northeastern University in the US have now developed a device that allows scientists to cultivate a single species of bacteria that can then be studied and identified.

This new device permits just a single bacterial cell to enter an inner chamber containing a food source, to which the only access is a microscopic passageway just slightly narrower than a single cell.

The passageway is so small that the first cell to enter it gets stuck, blocking entry by any other cell or species.

Once inside, this cell proliferate as in previous devices, and when it does it fills up the inner chamber with a pure, single-species sample, since it is isolated from competition from other species.
The researchers demonstrated the device’s ability to separate mixtures of cell types in a laboratory setting.

In one experiment, the researchers separated two different bacterial species whose cells are slightly different sizes — E coli and P aueruginosa.
In a second experiment, they isolated a combination of similarly sized but differently shaped species that commonly show up together in the marine environment — Roseobacter sp and Pscyhoserpens sp.

Finally, they used the device to separate cells of the same species that had been differentially tagged to glow either red or green.
The findings appeared in the journal PLOS ONE.