The World Health Organization says there should be a ban on the use of e-cigarettes indoors and that sales to children should stop. In a report the health body says there must be no more claims that the devices can help smokers quit – until there is firm evidence to support this.

WHO experts warn the products might pose a threat to adolescents and the foetuses of pregnant women. But campaigners say regulations must be proportionate. 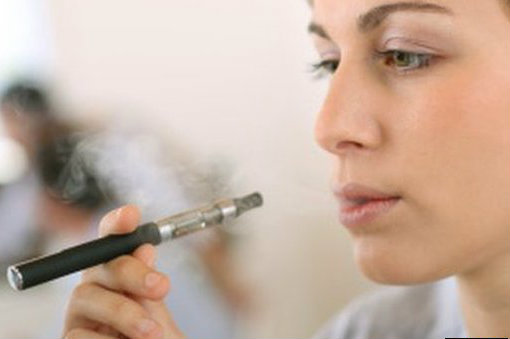 Tempting flavours
According to the WHO legal steps need to be taken to end the use of e-cigarettes indoors – both in public spaces and in work places. And the report focuses on the potential for products to spark wider cigarette use in children. The health experts call for a ban on advertisements that could encourage children and non-smokers to use the devices.

And they say fruit, candy or alcoholic-drink style flavours should be prohibited too, while the sales of electronic cigarettes from vending machines should be heavily restricted.

1. On some e-cigarettes, inhalation activates the battery-powered atomiser. Other types are manually switched on

2. A heating coil inside the atomiser heats liquid nicotine contained in a cartridge

3. Liquid nicotine becomes vapour and is inhaled. The ‘smoke’ produced is largely water vapour. Many e-cigarettes have an LED light as a cosmetic feature to simulate traditional cigarette glow.

‘Health threats’
The WHO warns exhaled e-cigarette vapour could increase the background air levels of some toxicants and nicotine. According to the team while e-cigarettes are likely to be less harmful than traditional cigarettes, they may pose threats to adolescents and the foetuses of pregnant women who use these devices.

But some researchers suggest tough regulations may prevent smokers having access to products that are potentially less harmful than conventional cigarettes. A spokesman for the British American Tobacco company said: “We have always said that given nicotine is addictive, minimum age laws of 18 for the sale of e-cigarettes should be introduced.

“However, if overly restrictive regulations are introduced hampering innovation or adult usage, then this could simply stifle the growth of new products and prevent smokers from being aware of and having access to them – this can only be bad thing for public health.”

‘Proportionate regulation’
Hazel Cheeseman, at the charity Action on Smoking and Health, said there was no evidence of any harm to bystanders and warned regulation needed to be proportionate.

She added: “Smoking kills 100,000 people in the UK alone. “Smokers who switch to using electronic cigarettes in whole or in part are likely to substantially reduce their health risks.

“Although we cannot be sure that electronic cigarettes are completely safe, as the WHO acknowledges, they are considerably less harmful than smoking tobacco and research suggests that they are already helping smokers to quit.”

Global guidelines
A UK Department of Health spokeswoman said: “More and more people are using e-cigarettes and we want to make sure they are properly regulated so we can be sure of their safety.

“We have already set out our intention to change the law to ban the sale of e-cigarettes to children under 18. “The UK has an existing licensing system for higher strength products and those that claim to help people quit.

“We are also bringing in new European rules to cover lower strength products which will ban most advertising, limit nicotine levels and set standards for ingredients, labelling and packaging.” The WHO’s recommendations were published ahead of a meeting involving all countries that have signed up to an international convention on tobacco control.

New global guidelines could be agreed during the October meeting.