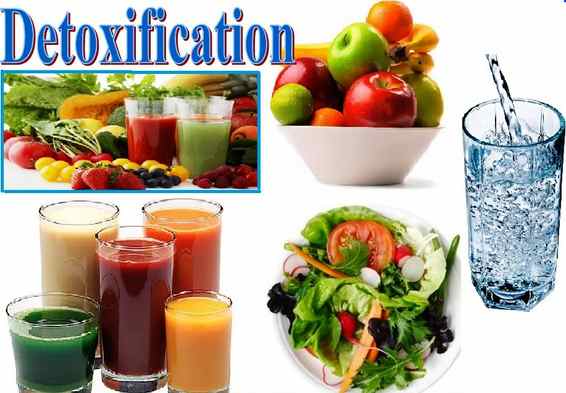 Sleep — Probably the most important step in getting the clean–up campaign right. One thing which works like a dream is ‘restful sleep’. During sleep, our body works at detoxifying our system and sweeps it clean of all the damage done during the day. Most importantly, it works at restoring our hormonal balance and spikes up the immune system to cope with the next day’s work. Good sleep is linked to good appetite control which means it ensures that you don’t binge the next day and works backwards at reducing our guilt associated with binge eating.

Food — Eating every two hours is not half as difficult as it seems and works wonderfully at reducing our chances of overeating. Having fruits, nuts or wholesome homemade breakfast within 15 minutes of rising helps nourish the system and a well–nourished system is less likely to drown itself in tea,coffee or ‘social drinking’. It is also more likely to feel hungry often in the day.

Staying in touch with your body’s hunger signals and feeding it according to its needs is the crucial aspect of preventing the unhealthy ‘fasting and feasting’ eating pattern, now well established as the classic pattern of creeping obesity (10 kilos in five years syndrome).

Exercise — We owe our body some movement. It’s not designed for a sedentary lifestyle. Be it a Marc or a cycle, both ought to be used at their optimum working levels. Exercise improves blood and nutrient flow to the cells and removes (and recycles) toxins.

It’s an effective way of nourishing and cleaning our system. Hence, people who workout regularly have a clearer stomach, ruling out the panic mode which often compels people to opt for enemas. We must be able to naturally and efficiently let go off the waste products.

A forced expulsion via pills/ powders/ steam/ sauna may not only make us run to the loo multiple times a day but also wash off the important Vitamin B and intestinal flora and fauna. Lost flora and fauna leads to more toxicity because of impaired digestion – the exact opposite of what you expected.

A regular workout stimulates what is called the ‘larger than life kidney’ or the ‘third kidney’ of the body – the skin. The process of sweating as a result of exercise is the best detox for your body.

State of Mind -– An obsession with weight or trying to squeeze into a particular size of clothes speaks volumes of the mind’s imbalance. When the attitude is that of mindless compliance to a fitness or fashion trend, the damage is done even before you subject yourself to a fad diet.
Detoxification begins when the mind accepts the body exactly the way it is and nourishes it out of a sense of responsibility and joy instead of depriving it out a sense of shame and punishment. What does it mean for you?

Switching off your smartphone at night means better productivity at work the next day.

‘Smartphones are almost perfectly designed to disrupt sleep,’ said Russell Johnson, assistant professor of management at Michigan State University in the US.

‘Because they keep us mentally engaged late into the evening, they make it hard to detach from work so we can relax and fall asleep,’ he warned.

How was the study conducted?

In a pair of studies surveying a broad spectrum of workers, his team found that people who monitored their smartphones for business purposes after 9 p.m. were more tired and were less engaged the following day on the job.

Many of us consider the devices to be among the most important tools ever invented when it comes to increasing productivity of knowledge-based work, said the research published in the journal Organisational Behaviour and Human Decision Processes.

For the first study, the researchers had 82 upper-level managers complete multiple surveys every day for two weeks.

The second study surveyed 161 employees daily in a variety of occupations – from nursing to manufacturing and from accounting to dentistry.

Across both studies, the surveys showed that night-time smartphone usage for business purposes cut into sleep and sapped workers’ energy the next day in the office. (Read: Lower brightness of smartphones to get better sleep)

Why are smartphones bad for sleep?

In addition to keeping people mentally engaged at night, smartphones emit ‘blue light’ that appears to be the most disruptive of all colours of light.

Blue light is known to hinder melatonin, a chemical in the body that promotes sleep, Johnson said.

‘The night-time use of smartphones appears to have both psychological and physiological effects on people’s ability to sleep and on sleep’s essential recovery functions,’ he added. 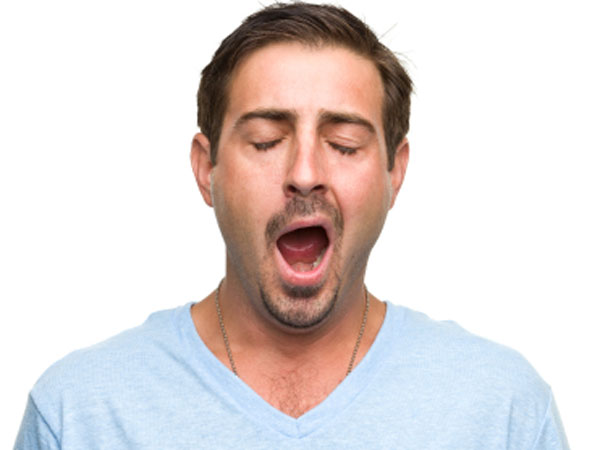 Sleeping during the day a necessity for jet-lagged travelers and those who work overnight shifts disrupts the rhythms of about one-third of your genes, a new study suggests.

What’s more, shifted sleep appears to disrupt gene activity even more than not getting enough sleep, according to the research.

For the new study, which was published in this week’s issue of the journal Proceedings of the National Academy of Sciences, British researchers put 22 healthy, young volunteers in a dimly lit sleep lab for three days.

During the first day, they disrupted the participants’ sleep at regular intervals to reset their body clock to its innate rhythm. On the second and third days, the volunteers ate and slept on a 28-hour schedule, so their longest period of sleep was from noon until about 6:30 p.m.

The researchers drew blood samples all three days so they could watch what happened to the timing of gene activity.

During the first day, when the body reset its circadian rhythm, nearly 1,400 genes — about 6.4 percent of all genes that were analyzed — were in sync with that rhythm. On the days of shifted sleep, however, the number of genes tied to the body’s clock dropped dramatically, to 228 genes, or only 1 percent of genes analyzed.

The researchers estimated that the sleep disruptions would ultimately impact about a third of a person’s genes.

That’s an even greater disruption than scientists saw in a previous study when they tested the effects of sleep deprivation on gene activity. In that study, which had study volunteers sleeping about five and half hours each night, the number of genes that were in sync with the body’s clock dropped from about 9 percent to 7 percent.

“These are quite fundamental processes that are being affected,” said senior study author Derk-Jan Dijk, a professor of sleep and physiology at the University of Surrey, in the United Kingdom.

“We think that may be related to the negative health outcomes associated with long-term shift work,” Dijk said. Shift workers are at higher risk for many health problems, including obesity, diabetes, high blood pressure, heart disease, disrupted menstrual cycles and cancer, he said.

This study didn’t directly connect health problems and night-shift work, but experts said it does start to help them understand why sleep might have such a powerful influence on a person’s health.

“This study suggests that mistimed sleep can alter circadian rhythms, so the cycling of many, many genes is impaired,” said Dr. Mark Wu, assistant professor of neurology, medicine, genetic medicine and neuroscience at Johns Hopkins University. “What this could cause, they can’t really say — except it’s probably not good.” Wu was not involved in the new research.

Genes carry the instructions for making proteins. Proteins make up just about every kind of chemical signal, hormone and tissue in the body, the researchers said.

The timing of when proteins are made is important because their production should correspond to our behaviors, said Frank Scheer, a neuroscientist at Harvard and director of the Medical Chronobiology Program at Brigham and Women’s Hospital in Boston.

When the body anticipates a meal, for example, the liver has to stop releasing into the blood the carbohydrates it has stored and the pancreas has to make more insulin, while the muscles have to become more sensitive to insulin that’s released so they can take in blood sugar, Scheer said. It was revealed that more women than men miss work due to sleepless nights.

A new study has suggested that one in five people nod-off at their work desk due to lack of a good night`s sleep.

It was found that lack of proper rest accounts for six million lost working days a year, the Daily Express reported.

The survey by bed firm Silent night found that only 13 per cent of men and women admitted they slept peacefully, while the rest said that the thought of having to get up early, money worries and stress kept them awake.

Nineteen percent of the respondents said that arguing with a loved one ruined their bedtime.

It was revealed that more women than men miss work due to sleepless nights.

About 17 percent catch up on sleep during the morning commute, while seven per cent doze off at their desk and four per cent during meetings.