A toddler in Britain has a rare medical condition because of which she was born without a nose. Though the baby-girl does not have any sense of smell, she can still cough, sneeze and catch a cold. Tessa Evans loves running around, playing outside and blowing kisses. But unlike any other children, she suffers from an extremely rare condition which means she has no nose. The 17-month-old has complete congenital arhinia, which is so rare there are only around 40 cases reported in medical literature,

Despite her difficulties, she always has a smile on her face, says her mother Gráinne. ‘At first I just couldn’t understand it, I didn’t even know it was possible. How did my little girl not have a nose? Was she going to live? Would anyone be able to help her? But ever since we got her home she’s grown every day, smiled more and the more she shines the more her differences fade into the background.’ Just weeks after giving birth, while researching the condition on the internet, the mother came across a journal online which stated that babies born like Tessa had poor mental and physical development.

She claims it implied that parents should be given the option to terminate their pregnancy. Buut Evans, a full time carer from Maghera, County Derry, Northern Ireland says her daughter proves that statement wrong. Tessa’s condition was detected during the 20-week scan which showed an abnormally flat facial profile. Her mother and father – Nathan, 32, a nightclub manager – were told to prepare to make difficult decisions. But the follow up 3D scan and tests revealed Tessa was perfectly healthy and everything was normal. There are just 47 recorded cases in the English records of people with partial or full facial anomalies.

This seasoning does more than kick up marinara. It stops sniffles, wards off UTIs, and may even help prevent cancer. Who knew garlic could have so many benefits?

Clear up UTIs
Cranberry juice isn’t the only natural way to fight annoying urinary tract infections. A diet rich in garlic can help, too, thanks to the bulb’s natural antimicrobial properties, says Amanda Ursell, author of The Complete Guide to Healing Foods. Garlic bread, anyone?

Crush cancer
The next time you’re cooking, mince the garlic ahead of time. Nutritionists at the American Institute for Cancer Research found that letting chopped or crushed garlic sit for 10 minutes before heating helps it retain a third more of its cancer-fighting sulfur compounds than if it were cooked immediately.

Combat a cold
At the first sign of the sniffles, try this get-well trick from Gowsala Sivam, PhD, of Bastyr University in Kenmore, Washington. Microwave 2 cloves unpeeled garlic for 25 seconds; let it cool, then peel off the skin and eat. Garlic’s sulfur compounds likely boost the immune system and help fight infection, Sivam says.

Let it bloom:
Plant garlic next to your rose bushes to naturally repel pests. 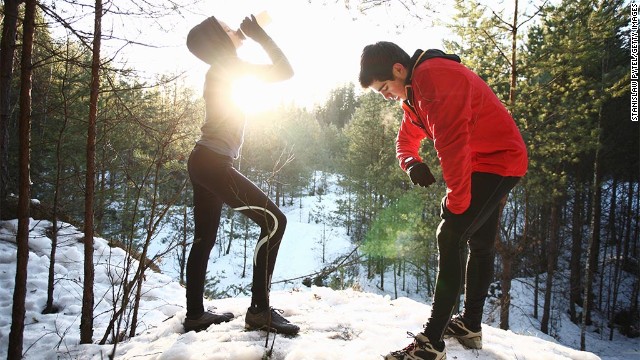 Cold weather causes muscles to lose more heat and contract, causing tightness throughout the body. Joints get tighter, muscles can lose their range of motion and nerves can more easily be pinched, according to Los Angeles-based orthopedic physical therapist Vivian Eisenstadt.

Thanks to the effects of colder temps, muscles are forced to work much harder to complete the same tasks they complete easily in milder weather. This causes more damage to the muscle tissue and can result in increased soreness. To counteract the damage, be sure to warm up for a little longer than usual.

“It is normal to feel muscle soreness for a few days after exercise, especially if it is a different type of activity or at a more intense level than your body is used to,” says Amy McDowell, a physical therapist and Pilates instructor from ARC Physical Therapy in Chicago.

“If you feel more sore in the winter after the same level of exercise than you do the rest of the year, it could be that your body needs a longer warm-up period.”
Try beginning your workout with light cardio exercises, like brisk walking. This will raise your core temperature and ensure that oxygen and blood are flowing throughout your body.

A basic rule of thumb is that you should warm up for 10 minutes when the temperature is between 35 and 45 degrees Fahrenheit. For each 10-degree temperature drop below 35, extend your warm-up by five minutes.

Some bodyweight exercises — like push-ups, dips, squats, lunges and bicycle crunches — are ideal for getting your blood flowing after your warm-up walk, Mentore says. Then, after those exercises, stretch only the tightest muscle groups in your body; for most people, these groups include the hamstrings, quadriceps, chest and shoulders.

Follow your warm-up with a cool-down that takes about the same amount of time. However, in addition to stretching the body’s tightest muscle groups, also focus on other areas like the back, arms and calves. “This will prevent muscle soreness and enhance your overall performance during the winter,” Mentore says. 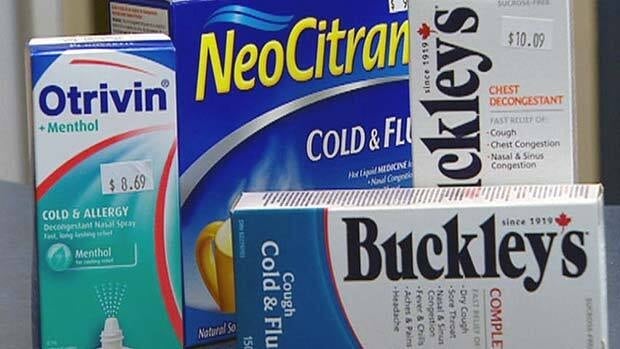 Although the world of medicine has made incredible progress when it comes to tackling certain illnesses, scientists still have not been able to find the cure for the common cold. But there are ways to prevent colds as well as treat them. The question is, which are the most effective?

Zinc was found to work mostly in children, with two trials showing that little ones who took 10 to 12 milligrams of zinc sulfate every day had fewer colds and fewer absences from school because of colds. Authors of the study suggest that zinc could work for adults. Vitamin C, the “gold standard” of cold fighters, did not seem as effective.

When it came to treating colds, the review stated that acetaminophen, ibuprofen and perhaps a antihistamine/decongestant were the best ways to keep runny noses, sore throats, fevers and coughs under control.

Ibuprofen and acetaminophen, which are both pain relievers, helped with the aches and fever. Ibuprofen worked better in children who had higher temperatures.

Combining antihistamines with decongestants or pain medication was somewhat effective in older children but not in children under the age of 5 or in adults.

Congestion was more difficult to handle. Nasal spray with ipratropium, which is used to treat serious pulmonary disorders, was found to stop drippy noses but did nothing to cut down on the stuffiness both in the nose and the chest.

Even though there were no major surprises in the findings, doctors said the review does stress the need to wash your hands, something a lot of people don’t do enough of.

“This is a thorough meta- analysis,” said Dr. Assil Saleh, an internist with Foxhall Internists in Washington. “It reaffirmed that the fundamental common sense measure of hand washing is the most effective measure to reduce the transmission of respiratory infections caused by viruses or bacteria.”

A point was also made that colds are usually viruses, with only about 5% being caused by bacterial infection. Yet, many patients with colds are prescribed antibiotics, which don’t help.

“Treatment typically aims to relieve symptoms rather than eradicate the infection itself, “noted Saleh. “It’s important to emphasize that bacteria-killing antibiotics are often overused in treating what is almost always a viral illness.”

While doctors shouldn’t be prescribing antibiotics for colds, patients should their part and not insist on antibiotics. If they are used too often for things they can’t treat, they can stop working effectively against bacteria when you or your child really needs them. The CDC has been concerned about antibiotic resistance for years and considers it to be one of the world’s most critical public health threats.

According to the review, the common cold affects adults approximately two to three times a year and children under the age of 2 about six times a year. A strong cold can keep people in bed, knocking many of them out their routines for a week or longer. That’s why doctors say prevention is so important.

“Although self-limiting, the common cold is highly prevalent and may be debilitating, ” says review authors Drs Michael Allan, from the Department of Family Medicine, University of Alberta, in Edmonton, Canada, and Bruce Arroll with the Department of General Practice and Primary Health Care, University of Auckland in New Zealand. “It causes declines in function and productivity at work and may affect other activities such as driving.”