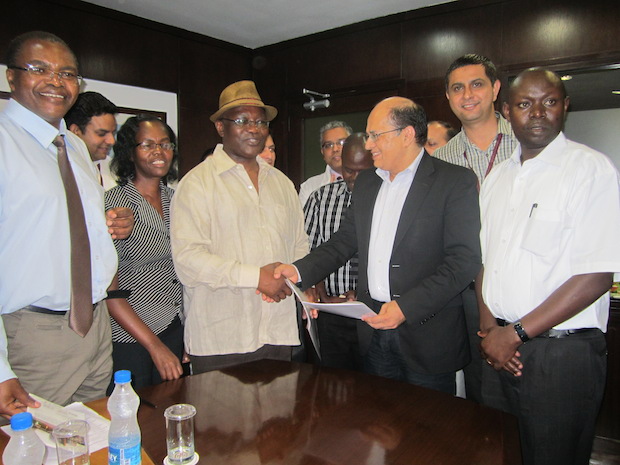 BLK Super Speciality Hospital (BLK SSH), New Delhi and Kenya’s Kisii Teaching & Referral Hospital (KTRH) and Kisii University have signed a memorandum of understanding (MoU) under which BLK SSH will provide quality healthcare and training for Kisii University through an observership programme in areas of urosurgery, orthopaedics surgery, plastic surgery and neurology. The hospital will hold class at the university and referral hospital to help in the capacity building of the medical staff.

Naresh Kapoor, Director – Finance and Strategy, BLK Super Speciality Hospital, said, “This initiative will not only help in providing quality health training under the observership programme, but will also enhance relations between the two countries. It will also give a boost to healthcare tourism between the two nations.”

According to Kapoor, specialist doctors from various departments of BLK SSH will visit Kisii University to provide campus training to medical staff at the university. BLK SSH will also help KTRH and Kisii University to start the facilities of telemedicine centres for offering medical services through tele-connectivity in the field of high-end territory and quaternary cases.

James E O Ongwae, Governor of Kisii Country, said, “I am very happy to extend all support from our government which BLK Super Speciality Hospital will require at the time of imparting training to the medical staff at the Kisii University and running the observership programme. This is a great initiative between both the countries to help in the exchange of knowledge know-how and cultural diversity.” 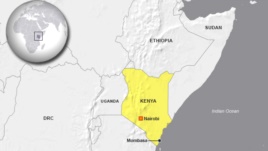 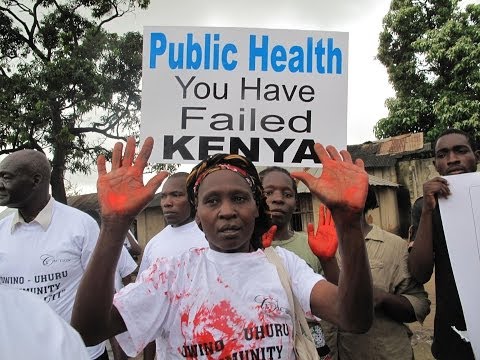 Abortion is medically defined as the expulsion of a pregnancy before viability whether spontaneous or induced.

In Kenya, the new Constitution terms abortion as illegal. However, in circumstances where the pregnancy presents danger to the woman’s mental or physical health then she has the right to access safe and legal abortion.

According to Andrew Wamalwa, a health director with the Ministry of Health, Kenya records 465,000 unsafe abortions annually and this contributes to 20 percent of the total maternal deaths.

He further observed that community attitudes contribute to the alarmingly high numbers of unsafe abortions.

“Lack of knowledge, myths and misconceptions combined with health provider attitudes are partly to blame for this high numbers of unsafe abortions.”

“Interestingly, the women who come in for post abortion care or have procured an abortion are not just the marginalised or poor as has been the stereotype.”

“This calls for leadership right at the community level within the current legal and policy framework. Educate young girls how to manage crisis pregnancy safely, show them that there are options like adoption as opposed to harshly judging them which only pushes them to undertaking back street abortions.”

Wamalwa added that the ministry is on a campaign to increase access to effective family planning to women that are of reproductive age.

“More than 70 percent of the women that seek post abortion care were not using a method of contraception prior to them getting pregnant,” he said

He also advised on safe abortion methods that are available to the woman in a case where her life is in danger.

“A woman has various options of the abortion methods; first there is the vacuum aspiration which is a manual suction to remove the contents of the uterus. This method can only be done at three or less months of pregnancy by a trained medic. If done safely then there are no complications and 98 percent success rate.”

“The second method is referred to as medical abortion and it is performed using pills. A trained doctor administers pills which causes the uterus to shrink and expel the pregnancy. This method has a few side effects like abdominal cramps and has a 83 to 97 percent success rate,” he explained.

Vania Kibui a policy advisor at IPAS Africa Alliance disclosed that under Article 43 (1A) of the new Constitution, every person has the right to the highest attainable standard of health care services including reproductive health.

She further elaborates on Article 43 (2) which says that a person shall not be denied emergency medical treatment.

“This means that one has a right to access contraceptives after a rape incident even in a private facility which includes those operated by churches that have traditionally refused to give those services,” she explained.

Kibui however raised concern in regard to Article 26 (4) which allows for safe abortion saying,” the article demands that abortions can only be performed by trained medical practitioners meaning that women that live in poor rural communities have no such services will have to procure an abortion from a clinical officer or nurse which has serious potentially fatal repercussions for the poor women,” she added. In an investigation in Kenya and India, writer Kiprotich Koros, discovers how corrupt businessmen use cancer-causing chemicals to ripen fruits. Officials now warn millions of people risk early grave by eating fruits laced with these chemicals.

An investigations in the past one month has unearthed rampant use of calcium carbide – an artificial ripening agent – by unscrupulous traders and supermarkets in Nairobi and Mombasa.

The chemical is used to hasten ripening of bananas, mangoes and apples for sale to millions of Kenyans. The chemical uniformly ripens fruits making them desirable to customers.

Samples taken from three leading supermarkets and groceries in Nairobi and Mombasa tested positive for the poisonous chemical used for welding and for making plastics.

Wholesale traders in big fruit markets in Gikomba, Nairobi, Marikiti and Kongowea in Mombasa are using the chemical secretly.

Fruit adulterated with calcium carbide may also be finding their way to Kenya from other parts of the world as there are no laws governing its use. The Pesticide Product Control Board (PPCB), Kenya Bureau of Standards (KEBS), Government Chemist and Kenya Agricultural Research Institute (KARI) are unable to test for the chemical as they did not have the necessary equipment or protocols.

Despite the serious health risks it poses, it is not listed by the Pesticides Control Products Board (PCPB) as a banned substance.

Some of the mangoes, bananas, oranges and apples in the Kenyan market are imported from Tanzania, Uganda, South Africa, Egypt and as a far as India where calcium carbide use is rampant.

This raises major public health concerns with the steep rise of cancer cases in the country over the past few years.

Cancer is the third killer disease in Kenya. According to the Nairobi Cancer Registry, 38,544 new cancer cases were diagnosed in 2012 with 26,941 deaths occuring in the same year.

A couple in Kinamba, Laikipia West is mourning the death of one-week-old twins due to what they termed as negligence by medical practitioners.

The twin boys, who were in an incubator, died on Sunday morning at Kinamba health centre following a power blackout. The father of the twins Alfred Muchangi said they had been in the health facility for a week since they were born.

He said the boys died after medics who were on duty during the 2am incident did not remove the babies from the incubator after a power blackout.

John Githinji, the officer in charge of the facility. said upon examining them he noted that they may have died from a condition known us perspiration pneumonia.

“It is true that the facility does not have a standby generator and power loss could have contributed to the deaths,” he said. He however said the hospital is overstretched due to shortage of clinical officers and nurses.

Githinji said only one staffer was on duty on the fateful night. He said she was attending to outpatient and inpatient at the same time, thus being overwhelmed.

Scientists at the Kenya Medical Research Institute (Kemri) are developing a kit to test malaria from saliva and are hoping it may be available in a few years, allAfrica.com reported Friday.

“Use of saliva would be popular because the procedure is not invasive. Furthermore the diagnostic tool under development would be capable of quantifying parasite density,” commented lead researcher Eva Aluvaala.

Aluvaala noted that current blood tests “cannot quantify parasite density, which is important when trying to assess the severity of disease and whether or not a patient is responding to therapy.”

A study of the test began in February this year and is being sponsored by the Canadian government and ends August next year.