A new study has revealed that symptoms of post-traumatic stress disorder (PTSD) can be reduced with help of “yogic breathing.” 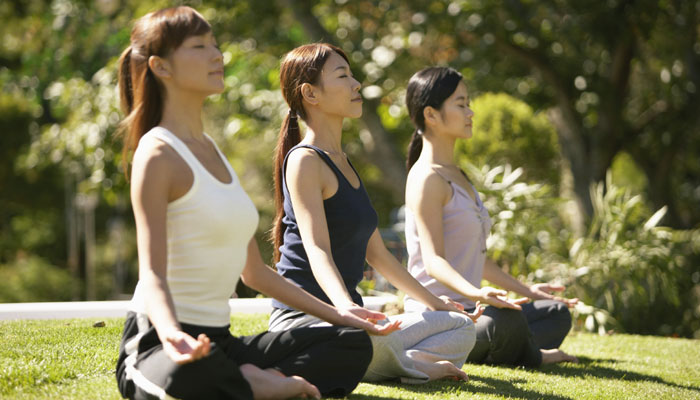 Researchers from the University of Wisconsin-Madison have shown that a breathing-based meditation practice called Sudarshan Kriya Yoga can be an effective treatment for PTSD, which causes intrusive memories, heightened anxiety, and personality changes.

The hallmark of PTSD is hyperarousal, which can be defined as overreacting to innocuous stimuli, and is one aspect of the autonomic nervous system, the system that controls the beating of the heart and other body functions. It governs one’s ability to respond to his or her environment.

The tests included measuring eye-blink startle magnitude and respiration rates in response to stimuli such as a noise burst in the laboratory. Respiration is one of the functions controlled by the autonomic nervous system; the eye-blink startle rate is an involuntary response that can be used to measure one component of hyperarousal. These two measurements reflect aspects of mental health because they affect how an individual regulates emotion.

The CIHM study included 21 soldiers: an active group of 11 and a control group of 10. Those who received the one-week training in yogic breathing showed lower anxiety, reduced respiration rates and fewer PTSD symptoms.

Sudarshan Kriya Yoga has already been shown to increase optimism in college students, and reduce stress and anxiety in people suffering from depression, and hence it may be an effective way to decrease suffering and, quite possibly, the incidence of suicide among veterans.